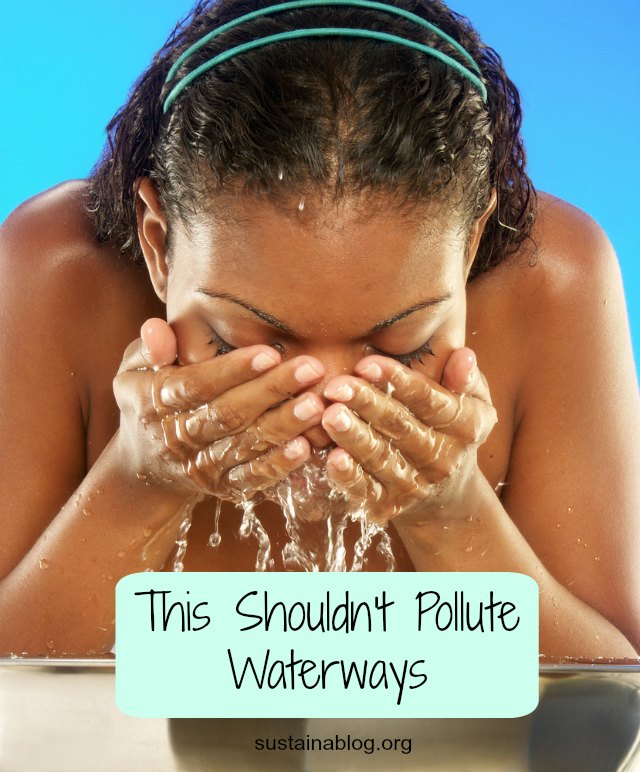 Single-use materials, whether disposable items or packaging, are wasteful… but, at the very least, there are usually responsible options available for their end of life. That’s not the case with plastic microbeads found in products like toothpaste, soap, and body wash: these tiny spheres made from polyethylene are so small that they can slip right through filters in waste water treatment systems.

They’re not too small to cause trouble, though: according the San Jose Mercury News, “…they are pouring by the billions into oceans, rivers and bodies of water like San Francisco Bay, scientists say, contaminating the environment and wildlife as people rinse and wash…” That contamination, according to an article from last year at NPR, could be ending up on our plates:

And if fish eat microbeads, which can soak up toxins like a sponge, scientists suggest that those chemicals could be passed on to humans and wildlife.

Yikes! Fortunately, microbeads are not only on the agendas of environmental and public health organizations, but also politicians and, increasingly, manufacturers.

The Politics of Microbeads

The California legislature is currently considering a bill that would ban the manufacture and sale of products containing plastic microbeads. AB 888, by Assemblyman Richard Bloom, D-Santa Monica, is almost identical to a bill that barely failed last year because of industry pressure; this year’s version includes an exemption for biodegradable microbeads. While California often leads the country on these kinds of issues, similar laws have already been passed in states like Colorado, New Jersey, and Illinois.

As supporters of last year’s version note, “biodegradable” can be a bit of a weasel word: does that mean bio-based sources that are biodegradable – like sugar cane, which is used to make oil-free polyethylene – or does the material itself actually have to biodegrade? And if the latter’s the case, we really don’t need plastics: materials like apricot shells and cocoa beans are already in use as plastic-free alternatives.

Is the Market Already Responding?

Political solutions are under discussion in a number of jurisdictions, including the federal level, but some companies already see the writing on the wall with microbeads: Crest and Johnson & Johnson already have put plans in place to phase them out of products. Numerous other manufacturers are using natural alternatives to plastic for additional exfoliation and scrubbing power.

Want to know if the products you use have plastic microbeads in them? You can check the label for ingredients like polyethylene and polypropylene, or you can use Beat the Micro Bead‘s mobile app.

Got other thoughts or facts on the politics, economics, or environmental impact of plastic microbeads? Do share…