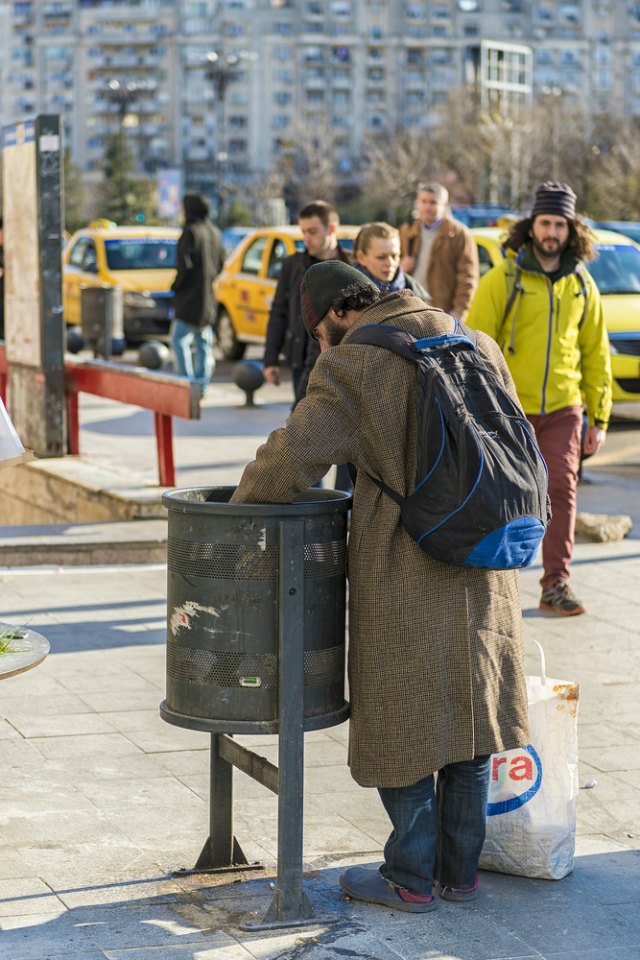 Despite our best efforts to remove the challenges of recycling, an awful lot of material in the developed world still goes into garbage cans. The mainstream’s unwillingness to separate these materials out does create opportunities, though: we’ve all seen homeless or otherwise challenged people digging aluminum, glass, and plastic out of dumpsters and trash piles.

When I was in college, our dormitory’s custodian saw just that opportunity: as you might imagine, a male college dormitory sent a lot of aluminum and glass into the waste stream. The janitor would patiently dig through our hall trash cans to get those goodies out. It finally struck one of us that he really didn’t need to do that: we could set our cans and bottles out for him in a separate container. It didn’t make our lives any more difficult, and allowed him to still earn his side income without picking through the trash can. We were trying to help someone out who we knew did a lot for us… and to help him maintain his dignity while he traded in our cast-offs for a little extra cash.

Copenhagen, Denmark is now testing out a trash can model that works much like our separation scheme at the dorm in the 80s. They’ve figured that an awful lot of recyclables, including bottle for which deposits have been paid, are going to the landfill. Yes, there are people who will dig through the trash to get those materials, but setting those materials aside won’t just provide some dignity; it will also save the city on tipping fees. So, trash cans with “depost shelves” are spread around the city so busy urbanites can place bottles on them, making them easily accessible to those who’ll collect them for the deposit.

Of course, local officials are playing up the dignity angle: Michael Lodberg Olsen, who pushed for the trial of the trash cans, told The Local DK that “166 million kroner of deposit money went unclaimed last year,” and that “We want that [money] to go to the marginalized.” Yes… but there’s also no need to spend even more to send those bottles (and other materials) to a landfill. A simple solution, but one that strikes me as potentially effective on all sorts of fronts.

Know of other simple tweaks to common objects that help increase responsible disposal of materials? Share them with us…