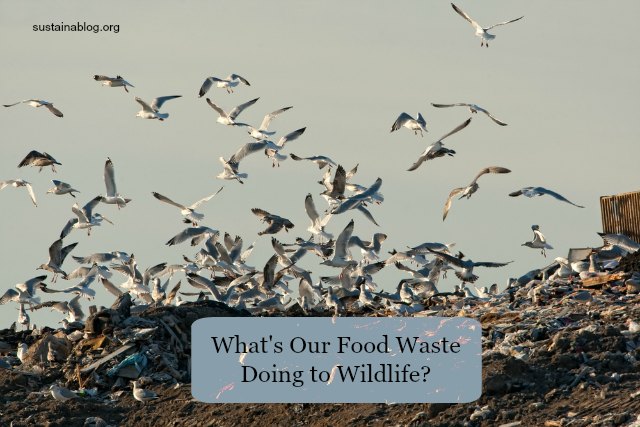 Remember a few years ago when a video of a bear stealing a dumpster from the back of a Colorado restaurant went viral? Most of us laughed: the idea that this short video represented a serious challenge surrounding disposal of our food waste never occurred to most of us. But a new post at Yale Environment 360 reviews recent science that shows wildlife becoming reliant on our leftovers is anything but funny or cute.

Richard Conniff rounds up several studies that show negative impacts of food waste on wildlife in a variety of ecosystems. Not only does the introduction of vast amounts of cast-off food alter the relationship between predators and prey in various environments, but it also creates reliance on this waste. “Subsidizing” animal diets creates all sorts of unforeseen consequences, but removing that food source could be equally problematic. For instance:

Conniff points out successful efforts to curtain access of wildlife to food waste and trash – bears in the U.S.’s Yellowstone Park, for instance – but also notes that the increased reliance of many species on human cast-offs means that we can’t just remove these food sources.

This is fascinating: I’m as guilt as anyone as thinking of waste a primarily a resource availability issue.  Conniff’s round-up shows that our relatively wanton disposal of edible waste creates all sorts of issues beyond inefficient use of materials, and irresponsible handling of products at the end of their useful lives.

Conniff’s post is definitely worth a read, as are the abstracts of the studies mentioned. Got thoughts to share? Do so…