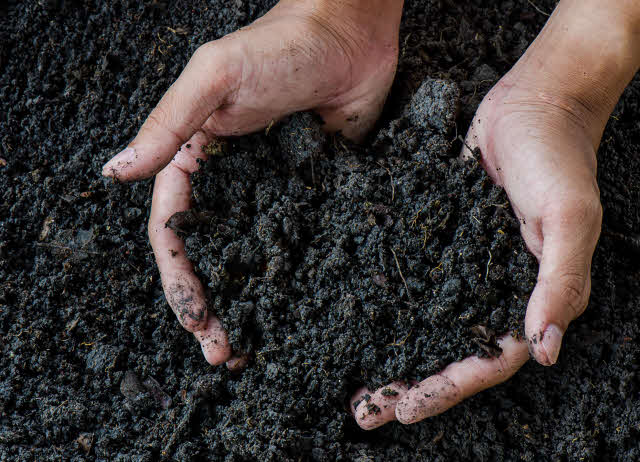 Compost is hot. Not in the buzzwordy, trending-on-Twitter sense, but in the literal, heat-that-you-can-feel way. The aerobic bacteria in compost piles that break down waste also cause surrounding temperatures to rise—it’s a byproduct of the oxidization process. Farmers all over the place report the phenomena of walking by their compost heap in the dead of winter and seeing it bare, all the snow around it melted. In fact, in a well-designed system, temperatures could easily reach over 120 degrees Fahrenheit. So what if you could apply that heat toward a useful purpose—say, warming up your shower, or heating your home? That’s the idea French inventor Jean Pain and many of his acolytes adopted in the 1970s—a tricky, sometimes elusive goal that continues to draw environmentalist experts and amateurs alike today like the white whale of permaculture.

Pain has achieved something of a mythological standing among horticulturalists, and for good reason. He was able to grow food that was lush and vibrant in the rocky, inhospitable climate of the French Alps. He invented a new kind of wood chipper that could break down large brush and wood pieces. And he developed his own method for heating water and powering his home as well, all using the energy emitted from the same compost he used in his vegetable garden.

As an abstract concept, his compost water heater is not that complicated: water in polyethylene tubing is coiled through the interior of the pile, where it can warm, then pumped directly into a home or outdoor shower unit. You can easily see the appeal of such a system—it’s hugely low-impact and packs a two-in-one punch: all the sustainability of compost with the extra bonus of water heating. In fact, Pain’s home heater even included the ability to extract methane—by positioning a drum of manure in the center of the pile, he was able to capture the gas and use it to run a generator and cookstove on his property. Energy, hot water, and fresh compost from a single source—it’s a dream setup.

But within the design lies all sorts of variables: the temperature in the compost must be kept high enough to be pleasantly warm, but low enough not to kill the bacteria or scald the skin (yes, it can actually get that high). But making fine attunements for temperature is difficult in a compost pile. Aeration is another issue. Compressing the tubes between layers of compost is a must to heat the water and to keep the bacteria going. But every compost pile requires occasional turning to provide new oxygen as well. And then there are materials—at Pain’s mountain farm, pine brush and wood chips were abundant, and made up most of what went into his heaps. Pine trimmings and other woods have a high carbon to nitrogen ratio, meaning that they provide more energy than say, shredded cardboard, since breaking down carbon is what spurs aerobic bacterial activity in the first place. And finally, size plays a role. Pain’s heaps were huge 50 to 100 ton structures, much larger than your average home would ever be able to dream of.

Still, it’s not impossible. In the 1980s, Mother Earth News went through a series of iterations to replicate and even improve Pain’s method, and was finally able to construct a heating system that sustained temperatures of at least 130 degrees for four months. Their project incorporated a hot water tank (something Pain’s system never used), and at five feet tall, it was much smaller and manageable than its predecessors. But like many similar efforts, it didn’t last forever, eventually succumbing to a cold snap.

Surely any difficulties presented by Jean Pain’s method are nothing that a dedicated team of modern engineers couldn’t iron out. With all its potential for sustainable energy generation, it’s curious that more work is not being done to investigate whether or not composting could be leveraged for an efficient heat source. It could definitely be argued that it’s impractical—composting is an imprecise science that relies on a delicate bacterial ecosystem. And yet, you could say some of the same things about bread yeast—but baking a loaf of leavened bread no longer requires waiting a period of weeks for a natural yeast culture to form.

Although it’s true that compost heat isn’t a part of the current renewable energy zeitgeist, projects do exist now with the end goal of capturing aerobic heat for broader commercial applications. Agrilab Technologies, for instance, produces a compost processing system that allows users to moderate the oxygen levels and air flow in a heap, and capture the escaping heat and moisture for use toward other applications. The aeration system is key here—pumping oxygen into the pile eliminates the need for turning. The heated water recovered in the process can then be connected to radiant flooring or pumped into a building. The University of New Hampshire’s Organic Dairy Research Farm undertook a similar endeavor when it created its Heat Recovery Composting Facility. It relies on the same technology Agrilab used (indeed, the building is even named for Agrilab developer Joshua Nelson), the only research facility of its ilk at a large university.

Generally, though, projects that have employed a commercial-level compost heat recovery system have been on farms, and the energy returned was used for agricultural purposes, like heating barns or warming up bottles for calves. But could heat capture ever be initiated in residential urban settings? Maybe not as the technology stands today. Landfill waste energy harvesting presents all sorts of challenges—and interestingly, one of the larger complications has to do with the water content present in food waste. Food scraps are one of the wettest waste types, and the process of that water evaporating lowers the overall potential Btus of landfills to 3,000 units per pound of waste (natural gas, in comparison, contains about 20,000 Btus). Of course, methane harvesting projects do currently exist, and are growing, propelled by federal incentives. But if water scarcity becomes as serious an issue as is forecasted, State and Local Energy Report predicts that food scraps may even one day be considered as a potential source of nonpotable water. If that were to become the case, you can imagine waste management techniques being adapted immensely to harvest and process water.

For now, for the average homeowner, residential compost heat recovery remains elusive. And Jean Pain’s method as it stands is mostly a weekend project for small-time permacultural hobbyists. But as renewable technology adapts to tackle new environmental challenges, the processes at work in those stately mounds of compost may hold one of the keys to sustainable energy.

Bryn Huntpalmer is a mother of two young children living in Austin, Texas where she currently works as an Editor forModernize. In addition to regularly contributing to Home Remodeling and Design websites around the web, her writing can be found on Lifehacker and About.com.