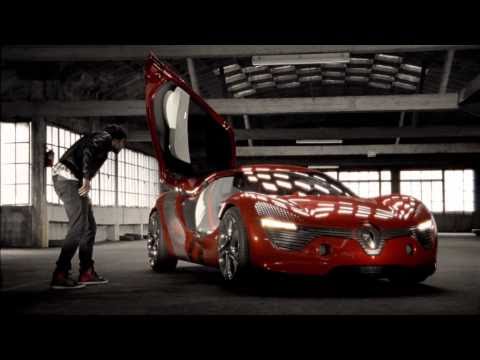 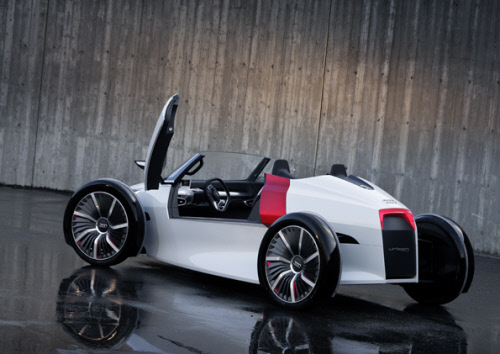 Audi, Citroen, Jaguar, Lancia, Peugeot, Porche, Renault. These should all be familiar names to car aficionados – and fans of the BBC show Top Gear.

But what else do they have in common? All have recently launched electric concept cars. (And I have to say they are all quite stunning in terms of design. But they’re concept cars, so that is almost to be expected; things like usefulness and practicality aren’t always taken into consideration). Most of these concept cars were shown for 2011, which means around this time last year – but what’s new for this year?

There are a good number of production electric cars either announced for 2012 or ones that have been in production already, like the Nissan LEAF, or the plug-in hybrid Chevy Volt. But more concepts are in the works, many of which were on display at the Frankfurt Motor Show this year (which just wrapped on September 25th).

One of the most unique comes from Audi: their Urban Concept (with its Urban Spyder variation – pictured above). They’re modern throwbacks – hearkening back to the wide-set axles of the Ford Model T, but with a modern twist, and a bit more of a sleek design. The motors are 2 e-tron electric motors.

Audi’s also released a new production electric vehicle, the A2. According to the guys over at Top Gear (my go-to car gurus), the new car has a

construction of aluminium frame with some added super-light and rigid carbon fibre. It’s engineered to accelerate a bit quicker than a regular diesel Audi hatch, thanks to a torquey 115bhp electric motor. It’ll go more than 100 miles on a four-hour 240V charge. It needs only that relatively quick recharge because its slimline 1150kg weight means it doesn’t need much electricity to accelerate.

Go more than 100 miles on a four hour charge? Sign me up! (Though…if someone else could pay for it, that would be nice…)

Renault had a rather unusual concept car at the Frankfurt show: the Frendzy has a “dual personality” and there’s a lot of talk about creating the perfect atmosphere for work or family with different colored lights (green and orange). Though it’s 100% electric, I can’t imagine it on the roads anytime soon. I liked the DeZir better…

GM (namely Cadillac) is putting the concept car Converj (from 2009) into production as the Cadillac ELR. The ELR will actually be using the same version of the Voltec that powers the Volt – a four-cylinder 1.4L generator. That makes it sound like the ELR is just the Volt re-skinned with a coupe body, but we shall see. Regardless, this one will need to show better sale margins: apparently the Chevy plug-in hybrid has sold less than 3,000 units this year. Hopefully the bells and whistles that typically come with a coupe will entice people to the true value addition that electric brings.

There’s also some news for European electrics – the Opel Ampera will be the first electrically driven car in Europe suitable for the everyday. The car promises about 300 miles reach with a full charge. For ~40 mile trips (60km), the car would run on electricity stored in the lithium-ion battery; after the battery is depleted, would run on electricity generated from an on-board engine generator (which is gasoline-powered… so a system similar to the Chevy Volt).

GM plans to put the Ampera into production in late 2011, offering it also with right-hand drive in the UK by Opel’s sister-brand, Vauxhall.

That’s only a few of the things that are going on with the electric car scene in 2011-2012, and things look promising. If the Dezir ever goes into production, get me in touch with Renault!

Jade Evans is a freelance writer who works frequently with uShip, an online marketplace for shipping goods. She loves cars, but doesn’t always understand car makers.

For more details on green concept vehicles coming out of Frankfurt and other auto shows, check out our sister site Gas 2.0.