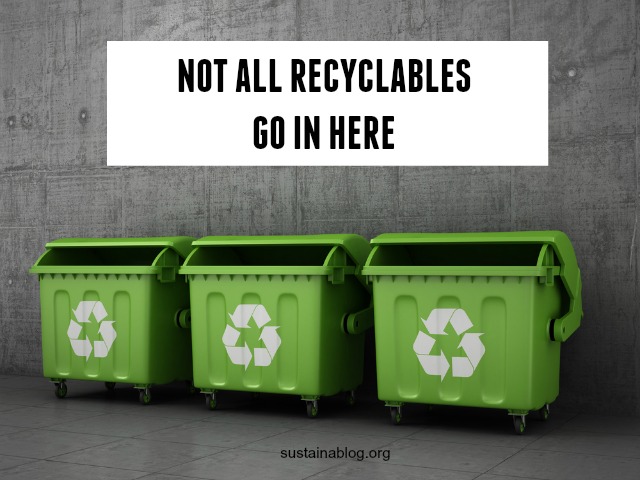 In principle everything is recyclable. But even if we—the people of the whole world—recycled everything obvious, we’d still have a lot of waste to deal with. The most disgusting of wastes present the most intractable problems, but whatever the waste, some company somewhere in the world is making useful products from it.

Here are four substances that take up tremendous space in landfills, waterways, or on the side of the road, and one waste that isn’t a substance, but still too valuable not to use.

If you live downstream from just about anyone, your drinking water comes from sewage. Someone flushes a toilet, and the waste flows into a sewer to the wastewater treatment plant. After treatment, it’s discharged into a body of water. Your local water utility takes some of it, treats it, and sends it to your taps. Farmers use some of it for crops. Most of it flows into the sea. For a drought-stricken area like California, standard wastewater treatment wastes a lot of water.

It’s possible to cut out the middleman (the wastewater treatment plant), and turn sewage more directly into usable water. A “toilet to tap” process, one of several novel ways to recycle sewage, treats water by first filtering out larger particles and bacteria, second using reverse osmosis to block smaller particles like viruses or pharmaceuticals, third treating the remaining water with ultraviolet light and hydrogen peroxide to kill pathogens that somehow made it through the filters, and fourth, sending it to the water utility.

…and also pads for feminine hygiene and adult incontinence. Knowaste, a British company, takes delivery of all this disgusting mess, sterilizes it, shreds it, removes moisture, and separates the fiber and plastic. Reclaimed fiber and plastic become raw materials for useful products, including asphalt, pet litter, concrete, bricks, and numerous plastic products.

In 2013 it had to shut down its plant and look for a site for a larger facility. It announced plans for what it projects to be the first of five sites in September 2015 and expects it to open in 2017. It also operates facilities in Australia, Japan, South Korea, and South Africa and welcomes joint ventures with interested companies outside the UK. 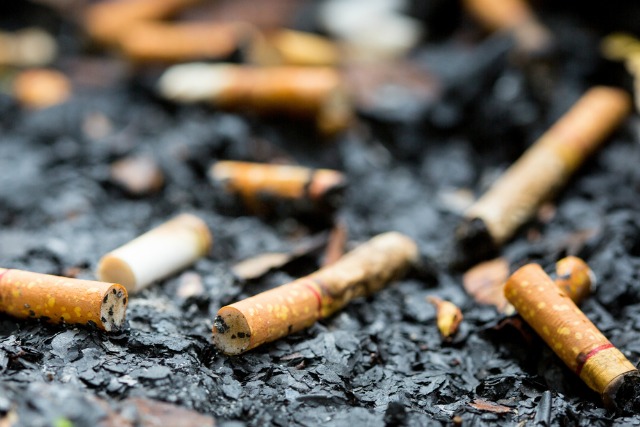 Cigarette butts may be the world’s largest litter problem. On Texas highways alone, 130 million butts accumulate every year. Of all the waste floating in our oceans, they comprise not only the most common trash, but account for almost twice as much as food wrappers and containers, the second most common. They are made of incompletely biodegradable wood-based plastic fibers. They leach tar and nicotine into soil or water.

A few companies exist to recycle them. TerraCycle, based in New Jersey, collects cigarette butts to make plastic lumber for pallets, benches, and whatever else requires lumber. The fibers could also be used for fabric.

More than five years after a devastating coal ash spill in Kingston, Tennessee and more than a year after a smaller but still serious spill in Eden, North Carolina, the Environmental Protection Agency has finally issued regulations for handling coal ash. Duke Energy is working on a plan to move ash from ponds located near rivers or lakes to dry land disposal facilities. There’s a better way.

It is also possible to make bricks from coal ash. The process most nearly like traditional brick making mixes clay and 60% fly ash and fires the bricks in a kiln. Recently more sustainable procedures have been developed: mixing ash with lime or subjecting it to high pressure and curing it at ambient temperatures.

The process of either making or using electricity generates waste heat. That heat can be put to good use. Since the 1970s, it has been possible to capture the steam from a turbine and use it to run a second turbine before it reaches the condenser.

Running a steam turbine requires more heat than about 90% of industrial processes waste. A newer process, called the organic Rankine cycle (ORC), uses refrigerants that boil at a much lower temperature than water.

NASA used a carbon dioxide heat pump to power the Voyager spacecraft at even lower temperatures.
It also developed thermoelectric generation that converts heat to electricity directly. The process required a very expensive semiconductor, but a cheaper semiconductor combined with nanotechnology has made thermoelectric generation economically feasible.

At least one company sells industrial-scale thermoelectric generators. At least one other makes a consumer product that uses heat from a campfire or grill to charge cell phones and other USB devices.

Remember the meat-packing slogan “we use everything but the squeal?” If waste heat is like the squeal, we can do even better with our wastes.