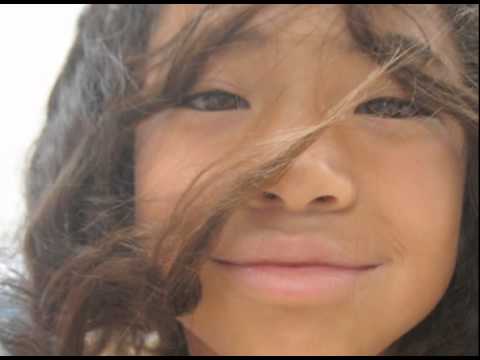 “Narrative is the lens through which we view our lives.” That may strike you as a bit abstract at first, but, with just a little thought, you can probably see how you view yourself and those around you as part of a story… and maybe even recognize that story as (largely) culturally prescribed. We all see ourselves as moving towards something — wealth, security, independence, etc. — and those goals, those “happily ever afters,” those things we value, are generally handed to us and reinforced by cultural institutions… from the family to the educational system to the mass media.

So, how do we shift goals, ends, “happily ever afters?” By changing the narrative…

That’s the goal of Dave Room‘s (aka Melia’s Papa) latest project: the Collective Liberation Tour. A joint effort of several Bay Area non-profit organizations, the tour involves a trip to South Africa to host a series of experiential workshops on narrative. These will move back to the US West Coast afterwards, all aimed at ultimately creating

…the foundation for a crowd sourcing initiative that will ultimately map the narrative space. An open “narrative database” will enable communities across the world to see where narratives are aligned and where they conflict. Understanding this creates new possibilities for cultural exchange, alliance building and collective action.

So, why go to South Africa to discuss US narratives?

Seems like a good question… and one that Dave and organizers answer:

South Africa is a fascinating if imperfect model of a peaceful transition of power from a wealthy minority towards a more inclusive society. Movements throughout the world can learn from South Africa’s experience in reconciling with their oppressors, integration of music into the movement, and liberation movements.

Clearly, this is a pretty complex project… it’s also a necessary one (and not just for the Bay Area, the focus of this effort). The traveling and organizing of the tour will take some funding, so the Collective Liberation Tour has a fundraising project currently running on Kickstarter. Their goal is $4500, and they only have 9 days left to raise that money… or, they received none of the pledges made.

Think we need to examine the stories we tell that got us where we are… and figure out which ones will get us where we want to go?Then consider giving this project your support. Check out the video above, the Kickstarter page itself, and a post Dave wrote for Oakland Local for more information.

Interested in checking out alternative narratives about who (and where) we are? Check out some of the books we offer on subjects ranging from activism to design to business.