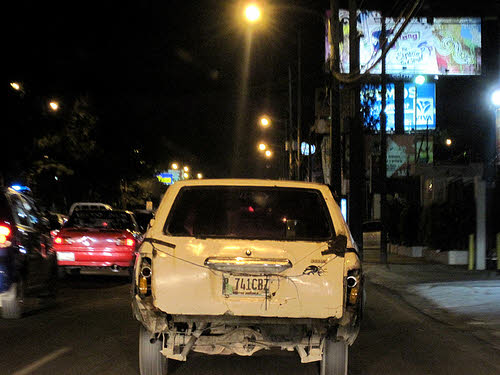 Want to get better gas mileage? At current gas prices, who doesn’t?! While things like hypermiling techniques may get you so far, a newer model car is likely your best bet for increasing your fuel economy. But gas isn’t the only thing that’s gone up in price – cars ain’t cheap (even cheap cars), and if you’re looking at hybrids or EVs, you’re definitely looking at higher prices. Those of us squeezing every last mile we can out of our current vehicles – mine’s an ’02 – likely can’t afford something new, or even a fairly late-model used car.

No doubt, some places offer better options for public transit, bike lanes, and walking, but most of us still have to rely on a car at some level. If that’s you, and you’re not ready to lay down the big bucks on a new fuel-efficient vehicle, you’ll want to check out MPGOMatic’s planned video series Ain’t Fuelin’, in which they’ll explore options for making older cars more fuel efficient (and even fun to drive). I’ll let head gearhead Daniel Gray explain the concept:

Interested? I am… and I know that Dan and team can do this well – check out some of their past videos if you’re new to them. Once you’ve done that, consider giving some financial support to the new project – they can do this relatively inexpensively, but still need to raise $7,777 to cover their costs. Check out their complete Kickstarter campaign, and kick in a few bucks if you’re so moved. Don’t wait too long to decide, though – only 17 days left on this one!

Got your own tips for getting more MPGs out of that clunker? Share them with us…