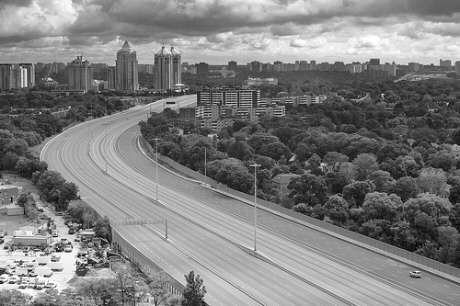 Editor’s note: This post expands upon last week’s offering from Earth Policy Institute on the decline of American car sales in 2009.

Between 1950 and 2008 more cars were added to our roads virtually every year as the total fleet expanded steadily from 49 million to 250 million vehicles. In 2009, however, 14 million cars were scrapped while only 10 million cars were sold, shrinking the fleet by 4 million vehicles, or nearly 2 percent. With record numbers of cars set to reach retirement age between now and 2020, the fleet could shrink by some 10 percent, dropping from the all-time high of 250 million in 2008 to 225 million in 2020.

The United States, with 246 million motor vehicles and 209 million licensed drivers, is facing market saturation. With 5 vehicles for every 4 drivers, the 4-million-vehicle contraction in the U.S. fleet in 2009 does not come as a great surprise. In a largely rural society, more cars provided mobility, but in a society that is now over 80 percent urban, more cars provide immobility. A combination of driver frustration and the soaring congestion costs associated with wasted time and fuel are leading to a cultural shift that is reducing the role of the automobile as people turn to alternatives. Almost every major U.S. city is either building new light rail or express bus systems, or expanding and upgrading existing ones to reduce dependence on cars. The peak fleet may now be behind us.

The number of U.S. teenage drivers has declined from a peak of 12 million in 1978 to 10 million today, dropping the share of driving-age teenagers with licenses from 69 percent to 56 percent. An increasing number of Americans are growing up in urban environments in families without a car. This trend, combined with a shift in socialization habits among young people away from cars to the Internet and smart phones, means that the car no longer holds the allure of years past.

For background data and further discussion of these trends, see the January 2010 Plan B Update by Lester R. Brown, “U.S. Car Fleet Shrank by Four Million in 2009.” Additional information is in Lester R. Brown, Plan B 4.0: Mobilizing to Save Civilization (W.W. Norton, 2009), on-line for free downloading at www.earthpolicy.org.