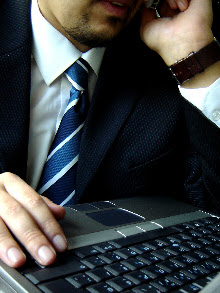 I got to thinking about that question after reading a couple of articles in this morning’s Post-Dispatch: one dealt with a plan to build a citywide network in St. Louis over the next few years, and the other addressed the growing trend of workers, particularly entrepreneurs, forgoing office space for coffee shops with wifi (local company Panera Bread gets a nod in that one). Neither article focused on the environmental impact of such developments, but a line or two in each got me thinking in that direction…

Now, I’m not talking about networks like the ones planned by Green Wifi in the developing world that will run on solar power — these are standard (if there is such a thing) wireless networks that you’d find around the US, either in business locations, or spread more broadly throughout neighborhoods and communities. With the planned citywide network here, the first client will be City Hall. One of the applications that planners foresee with this network:

…St. Louis is hoping it will get tools that could dramatically help police protection, like cameras and “shot spotters” — hockey-puck-sized devices that can hear a gunshot and pinpoint its location within a few feet — linked to computers in police cars. It could cut costs, too, by helping city workers work more efficiently, saving gas and time.

In the case of business people taking advantage of free wireless in cafes and restaurants, outplacement consultant John Challenger notes:

“There are also a lot more self-employed people these days who don’t want to have the expense of an office… It’s also a way to cut back on gas spent during expensive commutes. And it cuts back on commuting, too.”

I’m not sure how big the potential for fuel savings are here — I’m guessing the second instance would prove more productive in this sense — but, clearly, these networks can create multiple kinds of efficiency. Of course, we’d also have to look at the energy inputs that go into building, maintaining and powering such networks, but the potential scale here is huge, especially in urban areas.

It seems to me that it might also be in a city’s interest to reach out to local businesses, and ask them to buy accounts for employees for regular or occasional telecommuting. It seems to me that companies would easily make up the costs of these accounts (which are pretty reasonable, anyway) in terms of in-house energy savings.

Just thinking out loud a bit tonight — perhaps I’ve merely stumbled onto the obvious. Is greater wireless access a way to cut fuel use and carbon emissions, as well as to bridge the digital divide and to make government services more efficient?