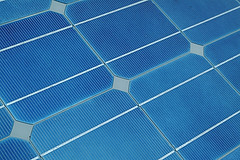 Once it’s up and running in 2013, the it could generate enough power for about 45,000 homes. It’s a very small percentage of Australia’s total electricity generation, but it would cut about 396,000 tonnes of emissions from spewing into the air. The Victoria plant is also expected to be one of the most efficient solar power plants in existence because it will concentrate the solar power, using 112 curved mirrors to direct the sun’s rays onto photovoltaic (PV) cells.

This clean power plant will contribute to Australia’s goal of getting 20 percent of its energy from renewable sources by 2050. But we’ll have to wait and see how long it remains on top as the largest.