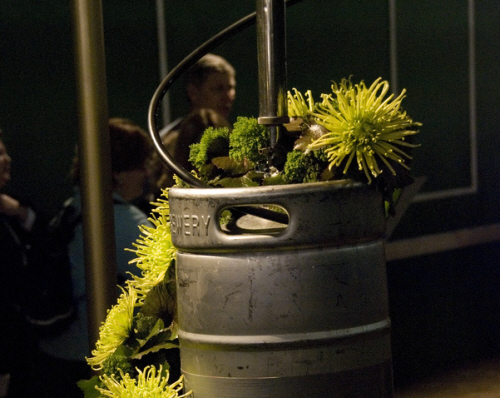 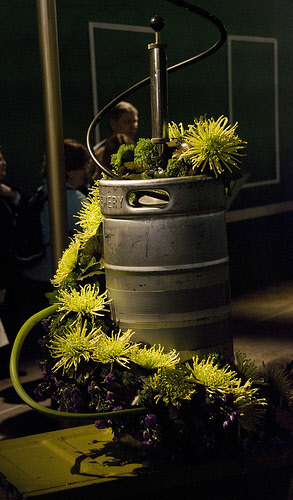 Editor’s note: While we’re not opposed to anyone having a good time, we should note that beer pong is a game for adults aged 21 or older, and that drinking in excess carries risks.

Beer pong – isn’t that a game played by fraternity boys? Not exactly a prime audience for green living advice. Stereotypes be damned: young people of all stripes are more eco-conscious these days. And, who knows: there may be a handful of more typical treehugging types that enjoy a rollicking game of beer pong. Either way, it’s a game that could be much less wasteful… even zero waste (well, except for spilled beer – there’s no helping that). Here are five tips for cutting bpong’s most wasteful elements without eliminating any of the fun.

1. Don’t use disposable cups: We are all familiar with the red plastic cups that have become a beer pong tradition. Despite their inexplicable popularity, disposable cups are a huge waste of resources, not to mention money. Consider tracking down some cheap reusable beer pong cups, or even those free cups that are sometimes given away at ball games, grand openings, or similar big events.

2. Get a keg: Even though it is a small step, buying beer in kegs rather than cans or bottles reduces waste. Beer kegs and beer keg taps can be reused hundreds of times. By comparison, the best a can or bottle can do is be recycled, which is sadly more of a possibility than a probability.

3. Consider using locally-sourced,or even homebrewed, beer: Although a microbrewed beer is likely to be more expensive than the more commonly consumed domestic lagers, a micro brew keg will not travel quite as far to reach your bpong bash. Making this small investment is a more responsible choice if you are at all interested in reducing your carbon footprint. Further (and so obvious that it almost goes without saying), a local beer is going to be tastier than the alternative. Your guests will be glad that you went for the better-tasting beer, no matter what their stance on greenhouse gases.

If you are interested in taking the idea of “local” a step further, think homebrew! No beer travels a shorter distance than the one you brew in your own kitchen. With the popularity of home-brewing on the rise, more and more homes are investing in beer brewing systems. Rather than going through the hassle of bottling, you can combine steps 2 and 3, and buy your own beer kegs for at home kegging!

5. Keep track of your balls! Rather than buying new ping pong balls every time you want to throw together a beer pong party, keep track of the ones you have! Grab a large jar and label it “bpong balls.” This will encourage your guests to put used balls back after using them, thereby reducing the number of lost or stepped on balls.

Got other tips for greening up your beer pong or other drinking games? Share them with us in the comments.

Richard Warren is a freelance writer living in San Diego, CA. He is interested in both green living and homebrewing.

Image credit: alexvalentine at flickr under a Creative Commons license