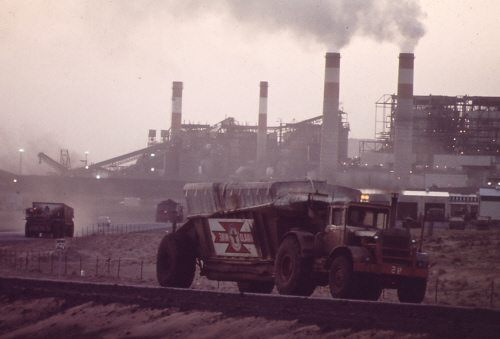 A total of five environmental groups are suing the federal government for allowing a coal mine to expand in northwestern New Mexico. The Sierra Club, the Center for Biological Diversity, San Juan Citizens Alliance, Dine Citizens Against Ruining Our Environment (Dine CARE), and Amigos Bravos are protesting the approval of a 714-acre expansion at BHP Billiton’s Navajo Coal Mine and the company’s environmental analysis of the expansion.

A federal judge didn’t accept BHP’s earlier proposal that a 3,800-acre strip mine be in the same location and ordered BHP to re-examine its environmental analysis. The court decision eventually led to the new 714-acre plan. But the environmental groups say that even this plan violates the National Environmental Policy Act. Anna Frazier of Dine CARE stated that the Navajo Mine tore up the land, polluted the air and contaminated water in the area.

Since 1957, the Navajo have leased 33,000 acres to BHP, who has supplied the coal for the Navajo Mine and Four Corners Power Plant. The plant is located in San Juan County, N.M. in the Navajo Nation and provides electricity to California, Arizona, New Mexico and Texas.

The Environmental Impact of the Coal Mine and Plant

The environmental groups state it is the largest coal-fired power plant source of nitrogen oxide in America. Nitrogen oxide is connected with respiratory disease, strokes and heart attacks. They also state that the plant emits copious amounts of greenhouse gases and mercury, which are threatening endangered fish and the health of local people.

Included in the lawsuit is their complaint that the mine expansion will lead to the extraction of an extra 12.7 million tons of sub-bituminous coal that the power plant will burn.

The lawsuit desires that the mine and power plant be analyzed to determine how they impact the environment and residents’ health. The groups also hope to highlight ways they can move away from coal to clean, renewable energy created by New Mexico’s plentiful sun and wind.

The U.S. Environmental Protection Agency has recommended pollution controls that would reduce the plant’s emissions by 87 percent. The operators of the plant also desire regulatory approval to restructure plant ownership and shutter three of its generating units.

Jac Fourie, president of BHP Billiton’s New Mexico Coal Operations, said the company is open to speaking with environmental groups about how it can study the environmental impacts of the mine and power plant.