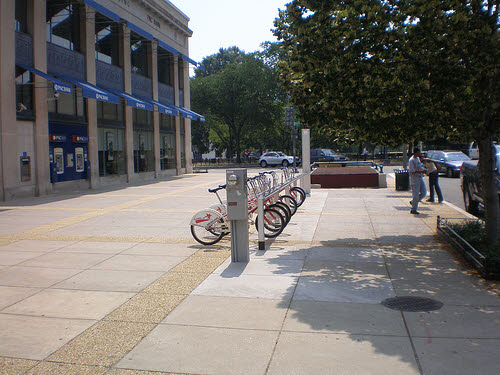 Editor’s note: I was all set to write a post about CityRyde‘s Inspire software, which gives bike sharing programs and businesses another way to generate revenue: measure, and then sell, carbon credits generated from their bicycles. But since I was a bit behind on the story, I thought I’d check to see what other sites had to say… and found that sister sites Insteading and Cleantechnica had both covered it already. So, why rehash what they’ve already done well… here’s a bit from Cleantechnica’s post:

Read the rest at Cleantechnica; also check out Insteading‘s take on the Inspire software. And an HT to This Week in Earth for introducing me to the concept.

Image credit: davereid at Flickr under a Creative Commons license