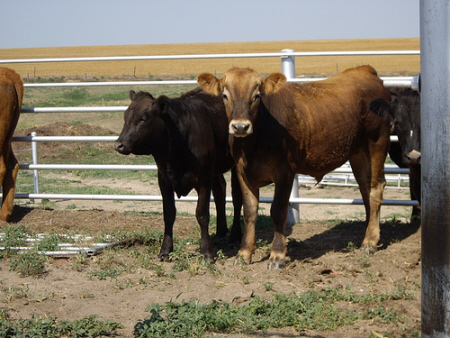 How many times have US urbanites taken a country drive, and on more than one occasion have had to hold our breath, when passing those farms where the farmer is out in the fields spreading a load of manure? It is all part of growing up right? It was a big delight for kids to press their faces against the car window to catch a glimpse of all those farm animals meandering around the fields.

Are those days gone though? Has the problems of disposing of animal waste gotten to be such an environmental hazard, that the powers that be are looking for alternatives to the animals that not only put food on our table, but have been part of our heritage since earliest civilizations?

Perhaps the future holds trips to ant farms or locust farms that will have come to replace our food sources. Although nothing wrong with this concept, there is certainly nothing wrong with the concept of keeping our beloved farm animals around, and making even better use of all that they have to offer, by taking their waste produce and turning it into yet another animal commodity.

One would think that instead of wasting all the verbal energy (too bad this couldn’t be turned into productive energy!) on all the bad aspects of animal feces, why not stimulate the population into becoming enthusiastic about seeing more advancement into bio gas alternatives for the small farmers.

Poop to Power: Better for the Environment & the Farmer?

It would seem that lots of people know about, how animal feces is dangerously poisoning our eco system, and how farmers are frustrated at trying to contain the droppings of all their animals. The public is putting pressure on these farmers to produce more food to prevent food shortages, but at the same time we are all grumbling about the waste their efforts are leaving.

Perhaps if we the public were to really band together and force the issue of more small farmers being subsidized and trained in the methods of trapping and utilizing biogas it would be a win-win situation. This is why:

Now it is true that the government is assisting in many different ways with mass farm producers. But what about the little guy that is depicted in that most famous nursery rhyme song “Old McDonald Had a Farm?” What kind of help is the small average farmer getting?

After all isn’t it the small solitary farmers that paved the way and were the pioneers for these big farming conglomerates?

This blog post was written by Lior Levin who is a consultant to Producteev, a task management tool and also advises Milk Nursingwear, a breastfeeding wear company.