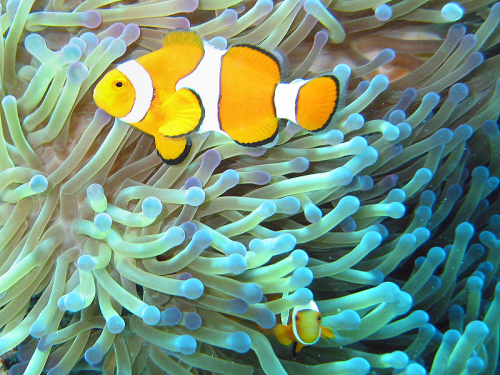 As a design concept, biomimicry has been applied to everything from solar cells to air conditioning to the efficiency of web servers. Given those examples, as well as others you might run across, it’s easy to think of this concept primarily in technical terms: biomimicry’s about getting things to perform as efficiently as their counterparts in the natural environment.

But can biomimicry serve as a useful concept for human relationships? Even business relationships? It may strike you as an odd idea… but I’d argue that, to some degree, this already takes place. How many times have you heard the business world described as a “jungle,” or success in business paralleled with the notion of “the survival of the fittest?” Using nature as a model for these kinds of interactions already happens; unfortunately, the understanding of nature implicit in these metaphors is flawed.

Predators and prey do exist in the natural world, but our strict focus on that dynamic misses the depth and complexity of natural systems. Evolution isn’t a process that rewards winners and punishes losers, but rather maintains equilibrium, and life itself. And predation certainly isn’t the only way that species cross paths… and all of them, even predation and parasitism, depend on the continued survival, rather than annihilation, of species.

So, does the idea that business can look to nature as a model for relationships fall apart? Is the zero sum game the only context pushes people towards greater innovation and productivity? Old friend Yeves Perez doesn’t think so: he’s thinking about sales (particularly the selling of the concept of sustainability) in terms of natural relationships. A recent piece he wrote looks at the concept of mutualism, and the combined, mutually beneficial relationship of the African honey badger and the greater honeyguide (a bird) as a metaphor for a productive sales relationship. According to Yeves, “By following the model of mutualism and looking for it in our sales environment, we can develop these opportunities, make the most of them, and save our energy for the hard part — the close.”

Some might call this “touchy-feely”; I’d argue it’s a prime example of heretical thinking. After talking with Yeves on the phone yesterday, I started thinking about, and searching for, other examples of natural relationship and organization structures that could provide viable models for business success. For example,

I’m thinking pretty simply at this point, but a look at a full range of species interactions, and the outcomes they produce, has the synapses firing. I’d love to hear your thoughts, though… and wonder if we shouldn’t have many more biologists in the boardrooms.