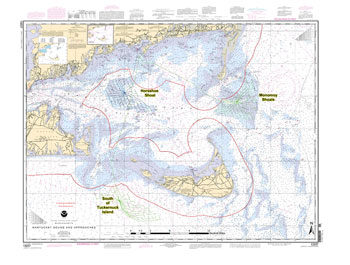 [social_buttons]Last week, the epic political battle over a proposed wind farm off the shores of Cape Cod, MA, was in the news once again. The news that Charles Vinick, head of Cape Wind opposition group, the Alliance to Protect Nantucket Sound, was going to step aside struck many observers as an indicator of things to come. When the Minerals Management Service’s released their offshore wind-siting guidelines one day later, I knew a decision was imminent. And lo and behold, there it was, a headline in today’s Boston Globe that many folks (including yours truly) had been waiting for…

According to the 718-page Draft Environmental Impact Statement (EIS) released by the MMS, the proposed wind farm would have little lasting impact on wildlife, navigation and tourism – claims that Cape Wind supporters have been making since the project was proposed seven years ago.

This may be the biggest regulatory hurdle Cape Wind needs for passage, but it is not the last. Per federal law, the EIS will now be subject to a 60-day public comment period beginning on January 17. Those wishing to comment may do so via MMS Public Connect, or at a series of meetinsg to be held in the Boston area and Cape Cod in March. The project is also subject to review by half a dozen state and local agencies, some of which have been openly opposed to the new transmission lines required by the project. One could also assume that opponents would most likely file lawsuits hoping to stop the project should it win final approval next November.