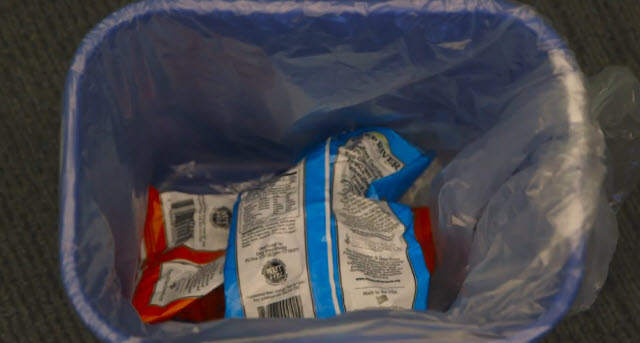 Does 3D printing have promise for reinventing manufacturing, as well as some other specialized tasks? Yes… but, for now, it still strikes me as a way to produce tchotchkes, knick-knacks, and trinkets (the word the Christian Science Monitor chose). But if the plastic that goes into those items comes from plastic that’s been recovered for recycling, that’s not a bad thing – right? Sure: obviously, there’s a demand for those tchotchkes, knick-knacks, and trinkets, so if we’re going to 3D print these things, why not do it from waste plastic?

We’ve seen a number of efforts along these lines already; the latest effort comes from Brooklyn-based design firm 3D Brooklyn. After making the connection by looking at take-out containers they were throwing away, the company connected with Terracycle, the New Jersey-based company that figures out how to reuse materials that can’t be traditionally recycled. The answer: potato chip bags.

No, not the potato chip bag you toss in the trash: I’d guess the necessary cleaning on those might make them too expensive. But Terracycle has a ton of post-industrial bags that needed to be put to use; using them to print 3D items seemed like a good fit.

Take a look at the video above which describes this development in greater detail, and then let us know what you think. One more point for 3D printing…