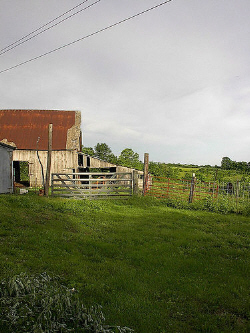 With all of the recent attention given to the environmental and social impacts of large-scale agriculture, and the benefits of organic and natural foods (yep… a link to sustainablog store), you might expect to see a strong focus on small-scale, more sustainable agricultural methods at farming conferences…right? According to small farm activists here in Missouri, you’d be quite surprised by the draft agenda of the upcoming Missouri Governor’s Conference on Agriculture: issues related to sustainable agriculture and small farming don’t appear anywhere. The activists have taken to the state Department of Agriculture’s blog to register their discontent… and are asking others to do the same.

First, let’s give credit where it’s due: I’ve been doing some research lately on state government blogs, and have found there just aren’t a lot of them… at least that deal with specific issues like agriculture. So, the Missouri Department of Agriculture deserves credit for having a space where this debate can take place. And Dr. Jon Hagler, Director of the Department of Agriculture, did respond to the first comment (and even left his phone number)… though he and other department representatives have been quiet since then…

The crux of the debate here involves both the topics planned for discussion at the conference… or, more accurately, the issues not on the agenda. Dan Kelly of Canton’s Blue Heron Orchard was the first to chime in, and noted a range of topics not addressed, including

Molly Rockamann, founder of EarthDance FARMS (for which I’ve done some volunteer work), added to the list with

I have no doubt that some will see the comments on the conference announcement as a few radicals pushing for specific farming methods in line with their environmental values… While I don’t think “radical” accurately characterizes these folks, they definitely are proponents of more ecologically sound agricultural methods (and I’m right with them on that). Clearly, there’s much more going on in this discussion, though: you only need browse through the lists I’ve provided above to see that these activists aren’t just pushing an agenda for environmental sustainability… they’re also very concerned about the broader sustainability of agriculture in the state, and don’t think that the participants in the conference represent the diversity needed to maintain a healthy farming sector.

Shouldn’t these issues be a part of the discussion?

It’s good to see some small Missouri farmers bringing these issues up at the Department of Agriculture blog… hopefully, these are just the first steps. I wouldn’t be surprised if some suggest a demonstration outside the conference… that’s not a bad idea. Or, how about a shadow conference where these issues, and the overall health of Missouri’s agricultural sector, receive the attention they deserve?

What do you think? Let us know in the comments…