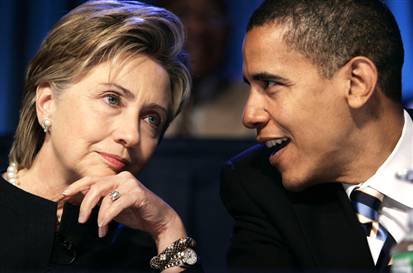 Faith has always been a factor for voters. We all know the usual issues that religious leaders bring up every election year, but this time around climate change has been added to the list. The appeal for green values was at the forefront of the Compassion Forum that aired last Sunday on CNN.

Rev. Richard Cizik, vice president of the National Association of Evangelicals, has been leading a compaign to instill “creation care” as a religious imperative. He attended the forum and this was his exchange with Barack Obama:

REV. CIZIK: How do you relate your faith to science generally and science policy, and let’s take an issue like climate and flesh that out, or take stem cells, something like that. Just give us a little more indication of how you think.

OBAMA: Well, first of all…

CIZIK: Is that fair enough?

OBAMA: It is fair enough. And you guys have done some terrific work on this. So I want to congratulate you on that.

OBAMA: And should it be part of God’s plan to have me in the White House, I look forward to our collaboration. (LAUGHTER AND APPLAUSE)

OBAMA: So, look, the — one of the things I draw from the Genesis story is the importance of us being good stewards of the land, of this incredible gift. And I think there have been times where we haven’t been and this is one of those times where we’ve got to take the warning seriously.

I know that Al Gore was mentioned earlier. By the way, I have to say, I think Al Gore won. And…(APPLAUSE)

OBAMA: And has done terrific work since. But I think that we are seeing enough warning signs for us to take this seriously. And part of what my religious faith teaches me is to take an intergenerational view, to recognize that we are borrowing this planet from our children and our grandchildren.

And so we’ve got this obligation to them, which means that we’ve got to make some uncomfortable choices. And where I think potentially religious faith and the science of global warming converge is precisely because it’s going to be hard to deal with.

OBAMA: We are going to put in place a cap-and-trade system that controls the amount of greenhouse gases that are going into the atmosphere. And we know that that requires us to make adjustments in terms of how we use energy. We’ve got to be less wasteful, both as a society and in our own individual lives.

And having faith, believing that this planet and this world extends beyond us, it’s not just here for us, but it’s here for, you know, more generations to come. I think religion can actually bolster our desire to make those sacrifices now. And that’s why, as president, I hope to be able to rally the entire world around the importance of us being good stewards of the land.

Eboo Patel, a Muslim who leads an organization called the Interfaith Youth Core addressed Senator Clinton with the following:

PATEL: Americans of all faiths and no faith at all genuinely believe in compassion and want to apply that in addressing global poverty and climate change. Can we do that without changing our standard of living?

CLINTON: Well, I believe there is so much we can do that we’re not doing that would not change our standard of living as an imposition from the outside, but which would inspire us to take action that would impact how we live.

And I don’t think we would notice it demonstrably undermining our standard of living, but it would give us the opportunity to set an example and to be a model.

When I think about the simple steps any one of us can take — you know, turning off lights when one leaves a room, unplugging appliances, changing to compact florescent bulbs — you know, my husband and I have done that — I don’t think it’s impacted our standard of living, but we feel like we’re making a small contribution to limiting the amount of greenhouse gas emissions, you know, being more mindful of our purchases.

I hope that, as president, I can model that and lead that effort so that people don’t feel so threatened by the changes we’re talking about when it comes to dealing with global warming.

In preparation for the pope’s visit, I was reading that the Vatican is the first carbon-neutral state in the world now. Well, that shows leadership. And I don’t think it has impacted the work or the living. You know, Ambassador Flynn, who was our ambassador to the Vatican, might know. But it was a great statement.

And we can do more.

CLINTON: And I think that, with leadership, people will find ways to take those first steps. And then we can take even more.

Now there’s so much that I have to do as president with the cap and trade system, with moving away from our dependence on foreign oil, but I’m going to look for ways that will cushion the costs on middle class and working and poor people. Because I don’t believe that they should have to bear more than what they are bearing right now as we make this transition. And I believe we can accomplish that.

The forum brought out few contrasts between Obama and Clinton, but it was interesting to watch the candidates jump through the hoops of religious voters. It’s also refreshing to see leaders asking new questions and requiring different “moral values” from candidates in this election.