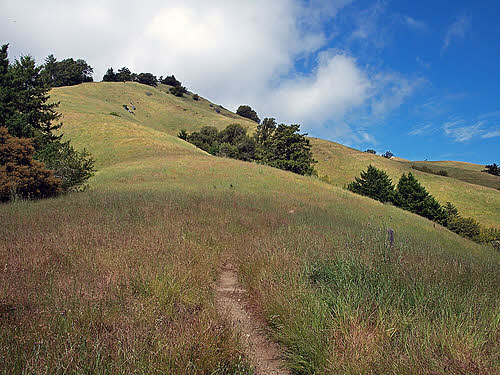 If we want to slow climate change, we have to reduce our carbon emissions, right? Yes… but that’s not the whole story. We’ve still got carbon dioxide in the atmosphere at dangerous levels (391.57 parts per million average for 2011, up from 389.78 ppm). Sure, that will eventually work its way back into the soil, but probably not in our lifetimes, or those of the next several generations. In fact, we’ll probably just have to suffer the consequences of that concentration of CO2… right?

Maybe. A project in West Marin, California (where else, right?) is studying the possibility of speeding up carbon sequestration in rangelands, grasslands, and other available spaces (and increasing the amount of topsoil to boot). Dubbed the Marin Carbon Project, this joint effort among the UC Cooperative Extension, Marin Organic, the Marin Agricultural Land Trust, the Marin Resource Conservation District, the USDA Natural Resources Conservation Service and Nicasio Native Grass Ranch is working with a pretty basic hypothesis: adding judicious amounts of compost to soil will increase carbon sequestration by increasing photosynthesis in plants (which, of course, takes carbon out of the air).

A peer reviewed study of the Project’s work will come out later this Summer; an article at Bohemian.com provides a glimpse of what came from the Project’s experiments. According to writer Stett Holbrook, “…researchers spread a half-inch layer of compost onto John Wick and Peggy Rathmann’s Nicasio ranch to see what impact it might have on banking soil carbon.” The results were well beyond what anyone expected:

Pretty exciting, huh? Definitely. I’d have to wonder about the climate impact of the compost itself, though: as Steve Savage pointed out  three years ago, the release of methane from industrial-scale composting is worrisome, and could offset other gains. The scientists in this project do plan to look at the whole lifecycle of the management approaches they’re studying, and determine the full greenhouse gas costs of them.

No doubt there are many among you with more scientific background than me, so fire away: what do you think of this approach to sequestering atmospheric carbon?