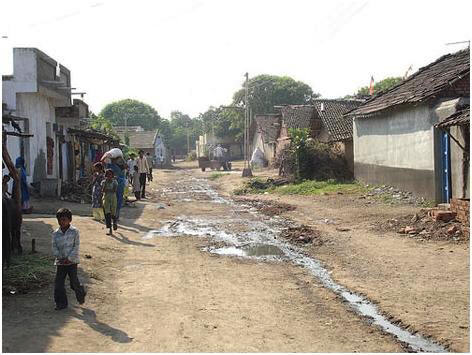 India is facing a technological breakthrough, with over 563 million mobile subscribers that constitutes almost half of the 1.2 billion population. The numbers spell a telecommunications system that has every right to be proud of its reach and success.

An Ugly Truth: Cell Phones Cheaper than Sanitation in India

But underneath this shining accomplishment lies an ugly truth. That truth, once the layers of assumed prominence is peeled back, is the fact that only 366 million – roughly a third of the population – has access to proper sanitation. The numbers, published by the UN think-tank United Nations University, show a view of human life where technology is not being put in place to augment the basic needs of human life, but almost in spite of them.

In most people’s views, a cell phone is something that is afforded to the affluent or at least the comfortable. But when a handset from Reliance Communications sells for under $25, and phone calls can be had for $.01 a minute, then the common ideal of what is normally acceptable becomes skewed. Suddenly a major cost is basic life necessities, while the fringe benefits are cheap to be had.

Perhaps it is best to compare and contrast the costs involved. According to research done by the UN, a toilet costs around $300 to build. That number includes labor, materials, and personnel, so it is probably a realistic “real world” total.

The simple fact might be that most people, or groups of people, do not have $300 to spend. But they do have, or can get, the $25 for the phone. Factor in the costs for the calls, and you are still well short of the price for the toilet.

But if a group got together and decided to build a facility, then it would require 300 / 25, or 12 people to give up their phone and instead give the money towards the greater good. But they don’t, and so it continues. So, why do they not?

Is it that a single bathroom would not service all 12 people? Well, the math says it would. In fact, if each person went three times a day, and spent an average of 20 minutes each time, then said facility could potentially service 24 people in a 24 hour period. The numbers work out to the advantage of the investors.

Maybe an entrepreneur would see the advantage in investing in a pay toilet system. After all, the wide spread use of the phones would suggest that there is at least some disposable money to be had. Done right, it would make sense – the individual that decided to forgo the phone could in theory get access to the needed facility without requiring the cooperation of the other 11 people.

But this solution has not materialized. Is it that the business of people doing their business is not glamorous enough to invest in? Or maybe the return on investment is simply not worthwhile, once the lifetime cost of such a facility is factored into the equation? That would seem doubtful, since the market, at least on paper, appears to be a strong one. The need is definitely there, and it isn’t going away any time soon.

Instead, the answer may lie in the equation of the phone’s success itself. The fact is, more people place a value on phone access higher than they do adequate sanitation. It would appear that this is a personal value system at work making the call, so to speak, and the numbers suggest that it is repeated often. The common thread is the phone. Is it possible that people have been conditioned to equate technology to be a standard of living itself, above and beyond the basic human needs?

If so, it speaks a scary possibility about the future of man and his love for technology. One could point a finger at the tactics used to impress upon people the importance of having a phone, but the appeal is so universal that it is hard to imagine any ad campaign having that kind of success. Instead, it seems to be a natural inclination – to at least appear to have some form of affluence.

If this is the case, and it is a natural sentiment to have these traits, then we should find this happening in more areas than just India. And that is exactly what I would like to submit to you, for your approval.

After all, in how many countries do people go into debt and spend more than they should for houses, cars, clothes, and more without putting health care forward first? That is, they are putting affluent items above that of basic human needs. It is the same thing we are seeing in India, but only on a larger scale.

To sum it up, the more things change, the more they stay the same. It is a tragedy, but at what level can you save people from themselves? It is a dangerous precipice to walk.

This is a guest post by D. Salmons from TestFreaks. If you are looking for the best gps navigation systems or interested in audio receivers, make sure to check them out.

Need a greener sanitation solution? Take a look at our selection of composting toilets.