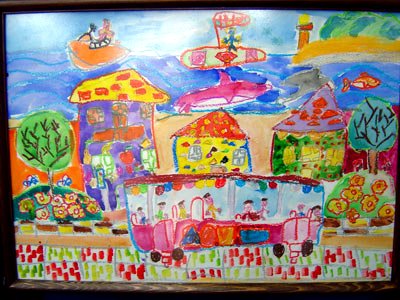 “It is increasingly clear that the old American dream is shattered, and we need a new dream to replace it, one better suited for today’s realities. We need a new definition of the good life.

“Signs of the new American good life are everywhere. Young adults, with their pursuit of 24/7 lifestyles, led the way back to the city. By 2000, they were 33 percent more likely than other Americans to live in neighborhoods close to the center of town. The interest in cycling has exploded, with commensurate responses by municipal governments in New York, Washington, D.C., Chicago and, just recently, Boston, to make cycling easier and safer. Similarly, the local food movement has gained a foothold with the mainstream, with farmers markets popping up in the most unlikely places. More Americans are choosing dense condo living than ever before. Households without a nuclear family inside are now the majority, just as “non-traditional” students now dominate college enrollment. Suburbs are being remade with the addition of commercial uses and public space to introduce new vitality into these places. Zipcar has made the idea of Americans sharing their assets almost normal.

“Perhaps the biggest upset of all is that Americans have reduced their driving for the first time since World War II.

“The problem is this: These remain only disconnected signals. To date, Americans are unable to see the new pattern that is developing.  There is not yet a compelling narrative about this emerging good life into which Americans can project their own lives-certainly nothing with enough power to counter the stories we tell ourselves about what is ‘normal.'”

In response, Coletta says that CEOs for Cities is launching a new initiative called “Velocity” next month, and asks that we watch for it.

I’m not entirely sure that the new vision hasn’t been articulated, as I’ve been part of several books and campaigns striving to do just that.  (And I’m just as guilty as everyone else of overworking the “dream” metaphor, having written chapters for separate books called “The Runaway American Dream” and “The Not-So-Impossible Dream.”)  But she would be right to argue that the new vision has not yet taken hold in the collective American psyche.  We can always use fresh voices, more attention, and additional creativity.  I’ll be looking forward to what they come up with.