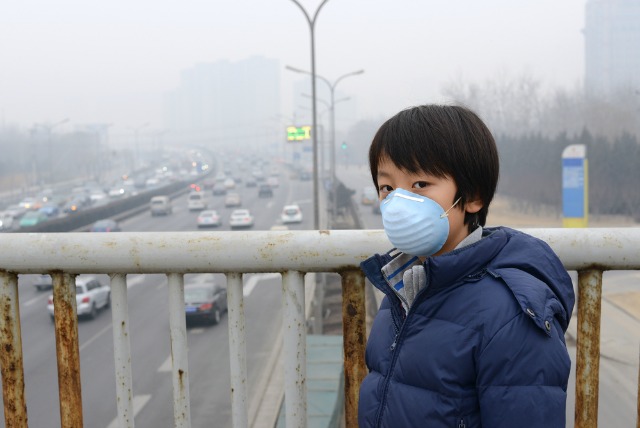 While we don’t address pollution a lot here at sustainablog, we probably should: most toxins and pollutants that end up in our air, soil, and water are the byproducts of wasteful processes. So, the particulates that create smog, for instance, come from incomplete combustion of fuels like gasoline and coal. And, as we’re seeing in Beijing lately, that kind of waste isn’t just academic: it dramatically impact the lives of millions of people.

Shenzhen-based performance artist Brother Nut decided that Beijing smog had potential as an artistic medium. So he spent one hundred days in the capital city literally collecting polluted air. He bought an industrial-strength vacuum, and walked around Beijing with it running, collecting airborne dust. He took this dust, mixed it with red clay, and made a brick.

Performance artists usually don’t get to the A list, but, apparently Brother Nut (who’s real name is Wang Renzheng) has made quite a name for himself in the Chinese capital. The brick has become a potent symbol for the impact of the country’s ugly air pollution, as well as the potential that exists in that wasted material.

While Brother Nut’s activity is largely symbolic, the People’s Daily notes that he does plan to advocate for scaling this activity up to create bricks for building. Obviously, that will take more than one man with a vacuum cleaner – even a particularly powerful one – but there are definitely precedents for this kind of technology.

Is this a good use of the waste material created from burning fossil fuels? I worry about it creating more demand for these fuels; at the same time, though, we are burning a lot of coal worldwide. We might as well put that waste to some use while we’re looking for better, cleaner ways to power ourselves. Got other thoughts? Share them with us in the comments. And many thanks to Becky Striepe for the heads up!