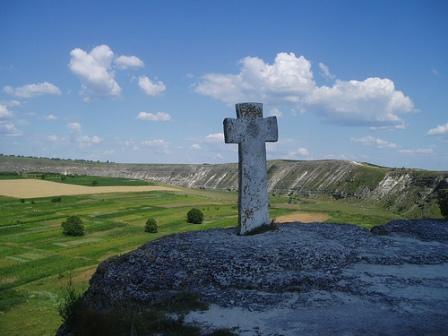 A comment on one of my posts last week gave me the idea of writing on the relationship between Christianity and the environment. Generally, when we think of this connection, many of us think about the “Religious Right” and their strong conservative beliefs and anti-environmental policies.

What is at the root of Christianity, though? Can anti-environmental language and beliefs be found in the Bible?

The Bible seems to proclaim that nature was made as it should be and is something that should be respected and protected. In Psalms 104:25,30, it is written: “In wisdom you made them all, the earth is full of your creatures. There is the sea, vast and spacious, teeming with creatures beyond number – living things both large and small…. When you send your Spirit, they are created and you renew the earth.” The general spirit is one of positivity and love here.

In another portion of the Bible, the ability to learn from nature, and the respect we should give to nature is thoroughly expressed: “Job 12:7-10. But ask the animals, and they will teach you; or birds of the air and they will tell you; or speak to the earth and it will teach you; or let the fish of the sea inform you. Which of all these does not know that the hand of the Lord has done this?”

Whether as a metaphor or in reality, in Ezekiel 34:17-18 and Jeremiah 2:7 (respectively) lack of environmental stewardship is admonished forcefully: “As for you, my flock… Is it not enough for you to feed on good pasture? Must you also trample the rest of your pasture with your feet? Is it not enough for you to drink clear water? Must you also muddy the rest with your feet?;” “I brought you into a fertile land to eat its fruit and rich produce. But you came and defiled my land and you made my inheritance detestable.” These are strong criticism of humans degrading the Earth here.

Of course, greed and over-consumption are delineated as highly sinful throughout the Bible. Whether we are average Americans or wealthy ones, we live in perhaps the wealthiest society in the history of the world. Naturally, even our “basic needs” are excess comforts and pleasures these days. In reference to over-consumption and greed, here are a few quotes from the Bible:

“James 5:5. You have lived luxuriously on the earth and led a life of wanton pleasure; you have fattened your hearts in a day of slaughter.”

“Mark 4:19. …and the worries of the world, and the deceitfulness of riches and the desires for other things enter in and choke the word and it becomes unfruitful.”

“Luke 12:15,23,34. And He said to them, ‘Beware and be on your guard against every form of greed; for not even when one has an abundance does life consist of his possessions. For life is more than food, and the body more than clothing. For where your treasure is, there will your heart be also.'”

“Mathew 19:24. And again I say unto you, It is easier for a camel to go through the eye of a needle, than for a rich man to enter into the kingdom of God.”

The teachings expressed in the Bible concerning the environment seem to advocate a strong environmentalism in which humans should be responsible for the environment. It strongly advocates against consumerism and taking more than you need from the world. Perhaps, the Religious Right and every individual Christian have not found this teaching. However, some Christian groups have adopted this strong environmentalism. Below are a list of environmentally oriented groups and groups against excessive, unnecessary consumerism. I plan to continue this discussion a little further, including more controversial issues, in “Christianity and the Environment Part II“. For now, take a look at Christianity’s basic relationship to the natural environment and environmental care.

Pope John Paul II himself published several papers, which can be found here, on the importance of care for the environment.

Most of the quotes above were retreived from Christians for Environmental Stewardship, but the final one is from Biblos.com