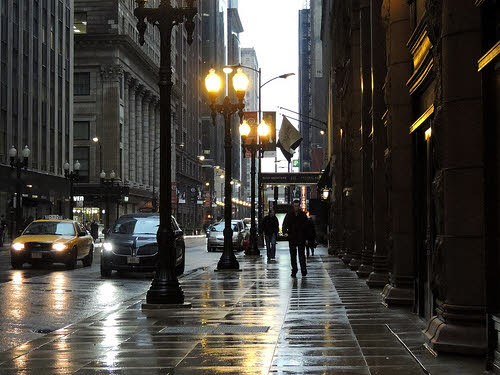 Editor’s note: TED Books provided me with a free review copy of City 2.0.

Think of cities as cesspools of crime and pollution? Or vibrant hubs of economic, cultural, and social innovation? Either way, cities are becoming the homes of choice for most people around the world: according to the new TED book City 2.0: The Habitat of the Future and How to Get There, over half of us already live in urban centers, and the UN projects that, by 2050, 70% of us will be living in large cities (and, yes, that’s an affiliate link). So, how do we ensure that the places that most of us call home will come closer to the second characterization above, rather than the first? City 2.0 – which was created in collaboration with The Atlantic Cities – brings together a collection of essays from TED-caliber thinkers about we get to urban centers that are dynamic, inviting, and sustainable.

You might expect such a book to focus on the needs and ideas of local governments and planners, and those audiences will definitely find plenty to get them thinking. But a good portion of the book is also dedicated to efforts at “planning” by the grassroots: the book’s final essay argues, in fact, that sections of cities that develop organically tend to work more effectively and create greater  senses of community. Ideas ranging from Park(ing) Day to sharing economy start-ups to citizen data gathering all figure into the new conception of the city.

Some ideas, however, require some central planning… or, at least, more centralized leadership to “aim” grassroots energies. Art projects like Leo Villareal’s Bay Lights installation, or redesigning transportation corridors around walking and biking, or even supporting food production efforts like aquaponics, need some oversight to ensure that all of a city’s residents are well-served by these changes.

I found City 2.o a fascinating read… though one that pushes the boundaries of TED Books‘ aim for works that are “Shorter than a novel, but longer than a magazine article…” This is much more like a conventional essay collection. That’s not a bad thing, but I’d love to see more content that takes advantage of the ebook format – more multimedia, links, etc. (these things are available through the TED iOS app – just not on my Kindle reader). And I’d definitely like to see more direct tie-in to the book’s inspiration, the TED Prize-winning website TheCity2.org.

Any complaints are minor, though – if you’re interested in what a sustainable city might look like, there’s lots here to get you thinking. If you’ve already read City 2.0, let us know what you thought.