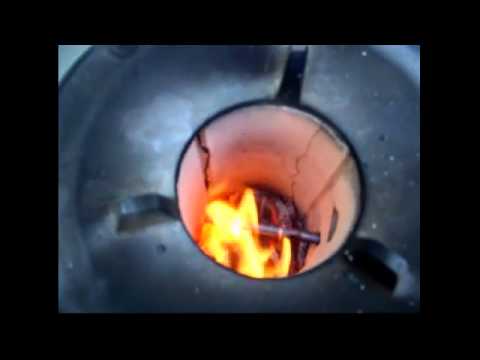 Last week at SUNfiltered, I got the chance to discuss a really innovative project addressing wood-fire cooking among the world’s most impoverished people, and its associated health and environmental impacts. And back in March, I came across Barefoot Power’s Firefly micro solar system, which provides small amounts of electricity for people without it in the developing world. I thought both of these stories were great, so you can imagine my joy in coming across a social enterprise that’s addressing both of these issues in one product: the Biolite HomeStove.

Using cogeneration technology, the HomeStove creators claim it provides the means to cook with less fuel (and less smoke), and also to charge cell phones and LED lights (two items that can dramatically improve the living situation of the world’s poor). Waste heat is pulled from the wood fire in the stove, and converted to electricity to run a fan that provides the fire with more oxygen (and much less smoke). Excess electricity can run the light, or charge the phone.  Biolite’s done it’s own field trials… and Fast Company also gave it a go last Fall… take a look at how it worked for them:

The HomeStove isn’t in production, yet: that’s slated for 2012. They have generated a lot of buzz (I’m kind of late to the game, in fact: Worldchanging, Crisp Green and Mother Earth News have covered it) and funding. They also plan to produce another version of the stove aimed at US outdoors lovers… with the higher profit margins going to support further support and development of the HomeStove.

Businessweek included the company in its list of America’s Most Promising Social Entrepreneurs for this year… and after browsing the web site, and reading about both the product and the business plan, I think that’s a very appropriate choice. I’m also really happy to see competition developing in addressing these kinds of needs in the developing world… that can only speed up development of appropriate technology for improving quality of life for billions of people. Like other projects we’ve mentioned, Biolite also mentions the possibility of selling the stove through microenterprises, so it could also provide economic empowerment.