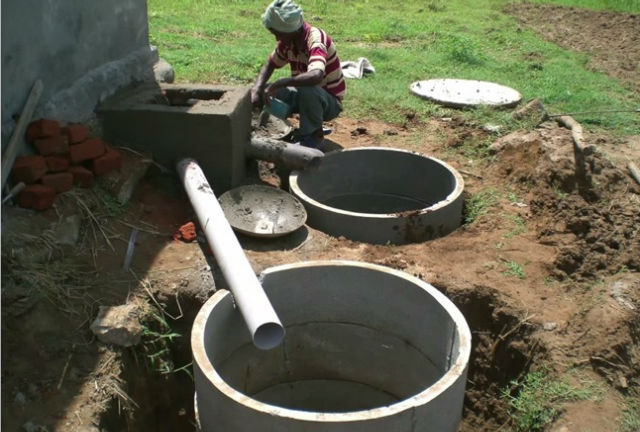 If you ran across someone defecating in the street, you’d probably call the police (and get a response from them). In India, however, this is a very common practice in rural areas: according to Joe Madiath of non-governmental organization Gram Vikas, 70% of Indians take care of “#2” right out in the open. This leads to much bigger problems than some embarrassment: that human waste gets into the water that people clean with, bathe with, and drink, leading to all sorts of health problems.

Madiath and his organization developed plans for small toilet and shower buildings that could be easily constructed in India’s rural areas. With such amenities standard in every home in the developed world, we generally don’t give much thought to the multiple benefits created by sanitation; Madiath lays them out in his TED Talk from last Fall, including:

These are water-based toilets, but Gram Vikas isn’t building 1st-world style sewer systems to support them. Rather, waste water is treated at the source; Madiath even notes that banana and papaya trees planted near the waste water collection spots grow like crazy, and produce really good fruit.

Take 12 minutes to listen to Madiath’s talk (or, if you prefer, read the interactive transcript). It’s very inspiring to see how one small organization can address such a ubiquitous problem with a simple, even elegant solution. Know of other innovative ideas for handling the multiple issues associated with human waste (besides the Gates’ foundation challenge – we know about that)? Share them with us in the comments…