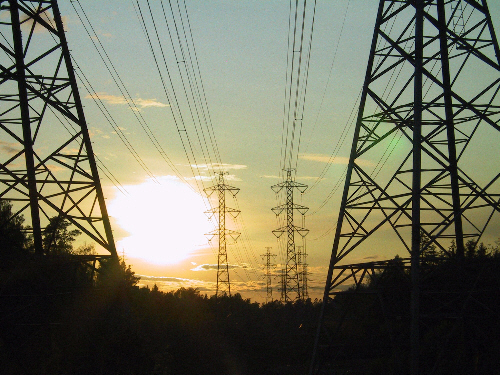 Quick: name five Finnish clean tech start-ups. You may have trouble with that one… in fact, you may have trouble naming any Finnish companies beyond Nokia. That doesn’t mean that such companies don’t exist; rather, as I heard from a number of business people and entrepreneurs this past week during the Finnfacts Clean Technology Blogger Tour, modesty is a big part of the Finnish national character (as much as such things exist, anyway). The bold, even brash, tech entrepreneur? They’re in relatively short supply here.

While many Finns may lack a strong desire to self-promote, there’s clearly no lack of innovation here… all of us on the tour saw numerous developments with which we were greatly impressed. That creativity will play a big role in making sure this small country has a role to play in the global shift towards a low-carbon economy. The other big factor that struck all of us in the tour group: Finland’s methodical creation of a infrastructure for knowledge-sharing and financial support.

The country’s leadership has taken big strides in recent years to foster the development of public-private partnerships that ensure the country’s best minds are talking to and working with one another, and that both public and private sectors are supporting the emergence of next-generation technologies that create robust economic growth while minimizing the heavy environmental impact of traditional Finnish industries.

After Senior Technology Advisor Kari Herlevi spoke to us about his employer, government agency Tekes, most of us from the US noted at some point “Wow… we want something like that!” A part of the Ministry of Employment and the Economy, Tekes exists to fund “research, development and innovation in Finland.” While private capital clearly plays a significant role in Finnish industry, and a number of smaller companies mentioned angel and venture capital funding, nearly every company we heard from mentioned Tekes at some point. With an annual budge of around 600 million Euros (or just under $900 million US), this agency clearly makes a modest budget (by American standards, anyway) go a long ways. A few of the clean tech investments Tekes has made in recent years:

Of course, we just heard about success stories, but there have clearly been a number of them. In addition to providing funding, Tekes takes a lead role in bringing university and organizational researchers together with the companies that can use their knowledge, and even organizes projects involving multiple companies, governmental, and non-profit entities.

Free marketeers may turn up their noses at such governmental support, but this model seems to be working in terms of bringing Finnish clean tech development up to speed with both start-ups and established companies. Ultimately, I wouldn’t be surprised if there was a correlation between Tekes funding and later private investment… why not put your money with a proven player?

Next up: Cleen Oy, a facilitator of public-private collaboration and knowledge transfer for Finnish clean tech.

Please note: Finnfacts paid for my trip to Helsinki.