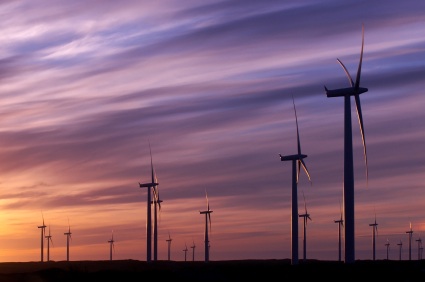 Coming off one of the toughest economic years in recent history, one key trend is the emergence of the clean energy sector as a driving force in the global economic recovery. Given the struggling economy that greeted the start of 2009, expectation was for clean energy growth to remain flat. In fact, the combined revenue for the three major clean energy sectors – solar PV, wind, and biofuels – grew by 11.4 percent globally over 2008, for a total of $139.1 billion.

“Despite severe economics conditions, clean-energy markets were able to hold their momentum in 2009 as many regional and federal governments and private corporations focused on clean-energy investments as a way to pull out of the global economic tailspin,” said Clean Edge co-founder and managing director Ron Pernick. “From the smart grid and energy efficiency to renewable energy generation and advanced battery storage, clean tech continues to be a major driver of regional job growth, economic recovery, and technological competitiveness”.

Other emerging trends to watch

The end of climate – with the disappointing outcome of the COP15 climate conference in Copenhagen last year, combined with a continually deadlocked U.S. Congress unable to lead toward effective climate policy, renewable energy advocates look increasingly to economic recovery, national security, and energy sustainability as motivating factors for pushing the clean-energy markets forward.

Carbon as feedstock – even as emissions reductions may falter at the national level, the commoditization of carbon as a feedstock is a trend set to grow in the coming decade. Captured carbon emissions can be bought and sold on the open market for use in industrial processes such as cement and asphalt production, and to grow algae for biofuel production.

China – As noted earlier, China is an emerging powerhouse poised to dominate the clean-energy marketplace. Installing more new wind power in 2009 than any other country, China is closing in on the U.S. for the most cumulative installed wind power. China now leads the world in solar hot water heater manufacturing and installations, and is also the worlds largest manufacturer of PV solar. And China is making aggressive inroads for their future ascendancy in clean tech development. From the report:

“In terms of intellectual capital, China is catching up as well – big time. According to recent Thomson Reuters’ research, China has demonstrated the strongest scientific research growth over the past three decades of any country in the world – and is now second only to the U.S. in terms of the production of scientific knowledge.
But will cheap labor, an artificially low exchange rate, manufacturing knowhow and infrastructure, and government investments and aggressive policies guarantee China clean-energy dominance? It’s possible, but it’s too early to declare China the de facto winner.”

The full report is available for download, along with charts and tables

Clean tech for the home… check out our selection of energy efficient appliances.