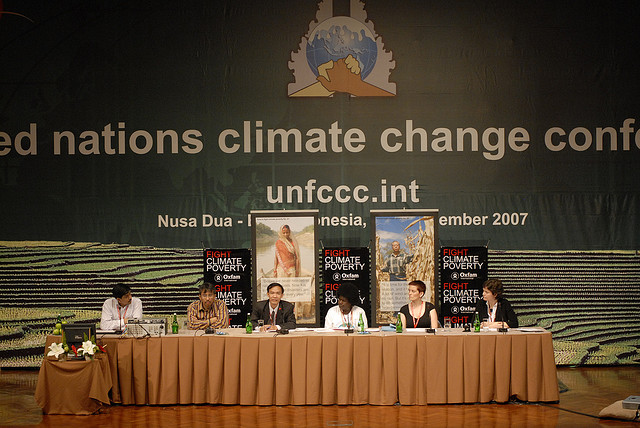 Though not something that most of us in the Western world think much about, the patterns of human migration are contingent on both changes in technologies and changes in the environment. While many of us leave for work each day, closing our garage doors and heading out of suburbia to our commuter jobs, there are people around the world who are already being directly effected by climate change.

These changes (such as record droughts, floods, and other extreme weather conditions) force people to migrate to other areas in search of decent living conditions. These migrations, in turn, cause changes in the areas that see population booms, as well.

Climate change could cause the next “great migration”. Industrialization caused the first major human migration from rural areas to urban centers. Farming has continually required less human labor and bigger financial inputs, leading many to leave family farming and look for a job in the big city.

These migrations are incredibly significant, as it was once the case that most of the world’s population lived in rural environments, but this statistic has quickly been reversed. More people now live in the city than in rural areas. Many of these major urban areas could be affected by climate change, leading one to wonder about the consequences of a climate-change-induced migration.

Coastal areas are vulnerable to climate change, and these are the sites of much of our current population. In the event of a disaster, there would be mass migrations from these areas to less vulnerable locales.

However, in many areas of the world, the means to migrate is not there, nor is the ability to manage a massive influx of population growth, leading many to question how we would handle, logistically, a massive population migration in the event of weather calamities. Municipalities would struggle to handle the influx, as they would have to quickly scramble to provide additional services and infrastructure.

Though it is a scary and unpleasant thought, one must consider how to handle such a calamity. In the Western world, we often feel assuaged by our material wealth, but no amount of money will save one’s coastal home from rising sea levels.

These are vulnerabilities that we all face, and potential issues or plans of action are good ideas for cities in vulnerable areas. These population centers could be in danger if not enough action on climate change is taken, and the migration of people to safer lands will have to be accommodated.