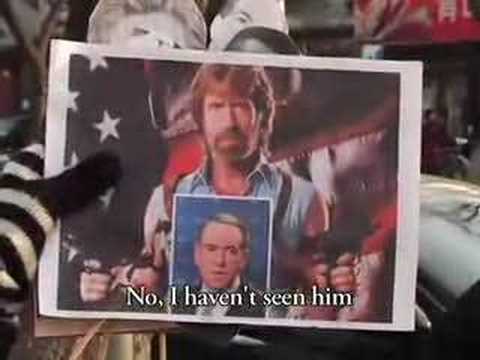 Certain pairs just seem to go together: peas and carrots; peanut butter and jelly; and teenagers and cell phones. Clinton and China is another magical combination: at least, that has been the case for Bill Clinton.

Throughout his presidency, a time in which China entered the WTO, and subsequent philanthropic involvement in China, Clinton has enjoyed a popularity that, by my completely unscientific measure, exceeds just about any other American or American leader since Nixon.

This may explain, in part, how Hillary earned a favorable reputation in China a while back. I have encountered countless cabbies whose thumbs up for “xi-la-li” (Hillary) came after their thumbs up for “ke-lun-dun” (Bill Clinton). [Full disclosure: not directly after; that spot is usually reserved for “Le-wen-si-ji”, another American who enjoys tongue-in-cheek popularity in China.] At the beginning of the primaries, it seemed that China might be pulling for a Clinton victory; but warm feelings turned sour when Clinton’s stance on China became increasingly critical.

We will soon find out how China will receive Clinton in her new position as Secretary of State, since she has just announced her first trip to Asia, with China scheduled to be a critical stopoff. What’s more, Clinton aides have identified energy and climate change as two issues that will be at the top of her agenda.

This comes as no surprise to many earthwatchers. An American and Chinese commitment to address climate concerns has been all but universally acknowledged as what is needed to make an international post-Kyoto Protocol framework effective. Besides the importance of the two countries’ role, there appears to be consensus on little else, bringing hot debate to the issue of “who should do what.”

Meanwhile, as Obama works out the details of his energy strategy, and Clinton works on her putonghua, the Chinese are hard at work refining their energy and environmental policy. Just this week, China’s first ever national energy meeting, comprised of the country’s top officials, was held in Beijing to discuss the energy industry. Many expect low carbon development and a move away from coal, two main items of the meeting, to be China’s next main play.

Will Clinton encounter thumbs up all around on her Chinese sojourn and thereafter? Perhaps we’ll have to wait a full four years before the taxi cab popularity litmus test yields reliable results. More importantly to sustainablog readers, her ability to effectively address energy and climate change issues with the Chinese in her upcoming trip could well be a critical component in getting another dynamic duo added to the list: namely, US-Sino and carbon reduction commitments.