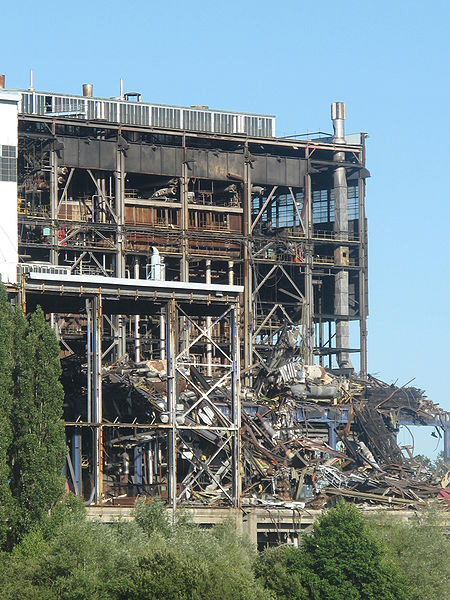 During the years when governments and the media were focused on preparations for the 2009 Copenhagen climate negotiations, a powerful climate movement was emerging in the United States: the movement opposing the construction of new coal-fired power plants.

Environmental groups, both national and local, are opposing coal plants because they are the primary driver of climate change. Emissions from coal plants are also responsible for 13,200 U.S. deaths annually — a number that dwarfs the U.S. lives lost in Iraq and Afghanistan combined.

Resistance to Coal Power Plants in the United States

What began as a few local ripples of resistance quickly evolved into a national tidal wave of grassroots opposition from environmental, health, farm, and community organizations. Despite a heavily funded industry campaign to promote “clean coal,” the American public is turning against coal. In a national poll that asked which electricity source people would prefer, only 3 percent chose coal. The Sierra Club, which has kept a tally of proposed coal-fired power plants and their fates since 2000, reports that 152 plants in the United States have been defeated or abandoned.

An early turning point in the coal war came in June 2007, when Florida’s Public Service Commission refused to license a huge $5.7-billion, 1,960-megawatt coal plant because the utility proposing it could not prove that building the plant would be cheaper than investing in conservation, efficiency, or renewable energy. This point, frequently made by lawyers from Earthjustice, a nonprofit environmental legal group, combined with widely expressed public opposition to any more coal-fired power plants in Florida, led to the quiet withdrawal of four other coal plant proposals in the state.

Coal’s future also suffered as Wall Street, pressured by the Rainforest Action Network, turned its back on the industry. In February 2008, investment banks Morgan Stanley, Citi, J.P. Morgan Chase, and Bank of America announced that any future lending for coal-fired power would be contingent on the utilities demonstrating that the plants would be economically viable with the higher costs associated with future federal restrictions on carbon emissions.

Coal Ash and Mountaintop Removal: the Lifecycle of Coal Power

One of the unresolved questions haunting the coal sector is what to do with the coal ash — the remnant of burning coal — that is accumulating in 194 landfills and 161 holding ponds in 47 states. This ash is not an easy material to dispose of since it is laced with arsenic, lead, mercury, and other toxic materials. A coal ash spill in Tennessee in December 2008 released a billion gallons of toxic brew and is costing the Tennessee Valley Authority (TVA) $1.2 billion to clean up.  An August 2010 joint study by the Environmental Integrity Project, Earthjustice, and the Sierra Club reported that 39 coal ash dump sites in 21 states have contaminated local drinking water or surface water with arsenic, lead, and other heavy metals at levels that exceed federal safe drinking water standards. The U.S. Environmental Protection Agency (EPA) had already identified 98 other water-polluting sites.

In response to these and other threats, new regulations are in the making to require better management of coal ash storage facilities to avoid contaminating local groundwater supplies. In addition, EPA is issuing more stringent regulations on coal plant emissions to reduce chronic respiratory illnesses and deaths caused by coal-fired power plant emissions.

The coal industry practice of blasting off of mountain tops to get at coal seams is also under fire. In August 2010, the Rainforest Action Network announced that several leading U.S. investment banks, including Bank of America, J.P. Morgan, Citi, Morgan Stanley, and Wells Fargo, had ceased lending to companies involved in mountaintop removal coal mining. Massey Energy, a large coal mining company notorious for its violations of environmental and safety regulations and the owner of the West Virginia mine where 29 miners died in 2010, lost all funding from three of the banks.

The Future of Coal Power: Nationally and Globally

Now that the United States has, in effect, a near de facto moratorium on the licensing of new coal-fired power plants, several environmental groups, including the Sierra Club and Greenpeace, are starting to focus on closing existing coal plants.

Utilities are beginning to recognize that coal is not a viable long-term option. TVA announced in August 2010 that it was planning to close 9 of its 59 coal-generating units. Duke Energy, another major southeastern utility, followed with an announcement that it was considering the closure of seven coal-fired units in North and South Carolina alone. Progress Energy, also in the Carolinas, is planning to close 11 units at four sites. In Pennsylvania, Exelon Power is preparing to close four coal units at two sites. Xcel Energy, the dominant utility in Colorado, announced it was closing seven coal units. And in April 2011, TVA agreed to close another 9 units as part of a legal settlement with EPA. In an analysis of the future of coal, Wood Mackenzie, a leading energy consulting and research firm, describes these closings as a harbinger of things to come for the coal industry.

The chairman of the powerful U.S. Federal Energy Regulatory Commission, Jon Wellinghoff, observed in early 2009 that the United States may no longer need any additional coal plants. Regulators, investment banks, and political leaders are now beginning to see what has been obvious for some time to climate scientists such as James Hansen: that it makes no sense to build coal-fired power plants only to have to bulldoze them in a few years.

Closing coal plants in the United States may be much easier than it appears. If the efficiency level of the other 49 states were raised to that of New York, the most energy-efficient state, the energy saved would be sufficient to close 80 percent of the country’s coal-fired power plants. The remaining plants could be shut down by turning to wind, solar, and geothermal energy.

The U.S. transition from coal to renewables is under way. Between 2007 and 2010, U.S. coal use dropped 8 percent. During the same period, and despite the recession, 300 new wind farms came online, adding some 23,000 megawatts of wind-generating capacity.

With the likelihood that few, if any, new coal-fired power plants will be approved in the United States, this moratorium sends a message to the world. Denmark and New Zealand have already banned new coal-fired power plants. As of late 2010, Hungary was on the verge of closing its one remaining coal plant. Ontario Province, where 39 percent of Canadians live, plans to phase out coal entirely by 2014. Scotland announced in September 2010 that it plans to get 100 percent of its electricity from renewables by 2025, backing out coal entirely. In May 2011, that target date was pushed up to 2020. Even China is surging ahead with renewable energy and now leads the world in new wind farm installations. These and other developments suggest that the Plan B goal of cutting carbon emissions 80 percent by 2020 may be much more attainable than many would have thought a few years ago.

The restructuring of the energy economy will not only dramatically drop carbon emissions, helping to stabilize climate, it will also eliminate much of the air pollution that we know today. The idea of a pollution-free environment is difficult for us even to imagine, simply because none of us has ever known an energy economy that was not highly polluting. Working in coal mines will be history. Black lung disease will eventually disappear. So too will “code red” alerts warning us to avoid strenuous exercise because of dangerous levels of air pollution.

And, finally, in contrast to investments in oil fields and coal mines, where depletion and abandonment are inevitable, the new energy sources are inexhaustible. While wind turbines, solar cells, and solar thermal systems will all need repair and occasional replacement, investing in these new energy sources means investing in energy systems that can last forever.

Although some of the prospects look good for moving away from coal, timing is key. Can we close coal-fired power plants fast enough to save the Greenland ice sheet? If not, sea level will rise 23 feet. Hundreds of coastal cities will be abandoned. The rice-growing river deltas of Asia will be under water. And there will be hundreds of millions of rising-sea refugees. If we cannot mobilize to save the Greenland ice sheet, we probably cannot save civilization as we know it.

Adapted from World on the Edge by Lester R. Brown. Full book available at www.earth-policy.org/books/wote.