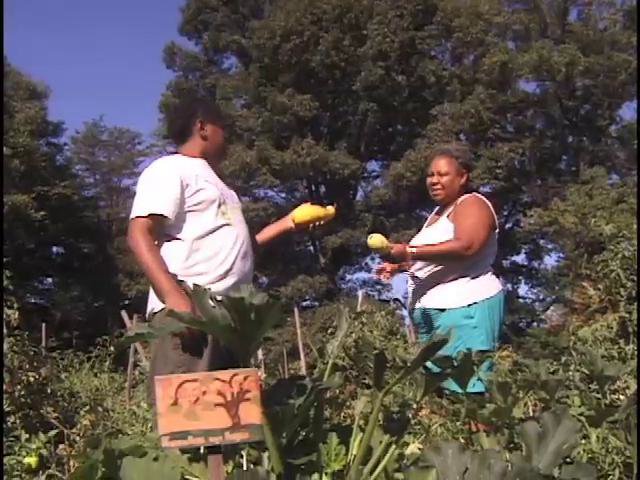 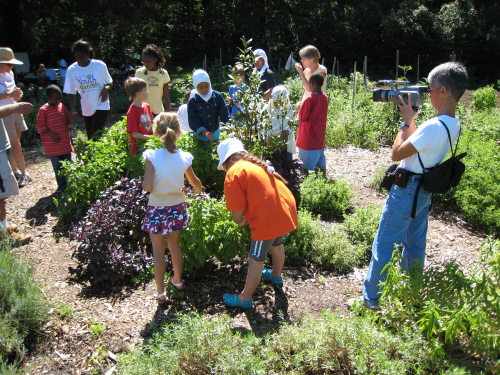 What’s the main purpose of a community garden or other urban agriculture installation? Providing fresh food… often to neighborhoods without other outlets for it. Right? Yes… but community gardens are special places that do much more than provide space for growing food. Often, stronger connections between members of the community that garden serves grow along with the plants. Cintia Cabib’s film A Community of Gardeners explores that dynamic in Washington, D.C.

Cintia sent me a free review copy of the film a couple of weeks ago, and I finally sat down to check it out last night. The one-hour documentary takes a look at seven gardens in the D.C. area, and also provides some history of the community gardening movement in the United States. It turns out that growing our own food has had profoundly political and social implications for at least the last 100 years: during the World Wars, for instance, growing a garden was a sign of patriotism and contribution to the war efforts. During economic downturns, it was a way of maintaining some level of self-sufficiency, and even providing for other members of one’s immediate community – we’re definitely seeing that dynamic at work during the current slow economy. It’s always been a activity that brings people together… and that may be just as important as the food grown in distressed communities.

All seven of the gardens featured in the film play some kind of role as hub for the people involved with it. Some connect neighbors from vastly different national and cultural backgrounds; others provide opportunities for work and education. All of them seem to carve out a space that the community views as special. In each case, the garden, and the act of tending it together, produces connection and joy. That’s readily apparent even in the film’s trailer:

A Community of Gardeners is a “small” film – the credits show that Cintia herself wore numerous different hats in its production. As such, distribution is somewhat limited: it’s had some screenings in various places, and is also getting some play on PBS stations around the country. For many, buying the DVD may be the only way you’ll get to see the film. It’s worth a look, though: you may even be inspired to start your own garden (if there’s not already one in your neighborhood). The bonus short “A Garden Grows at 13th and C Streets” even documents the process one neighborhood goes through in turning vacant, ugly land into a small park complete with gardening space.

I enjoyed this film, and will likely share it with others; if you’ve seen it, let us know what you thought.