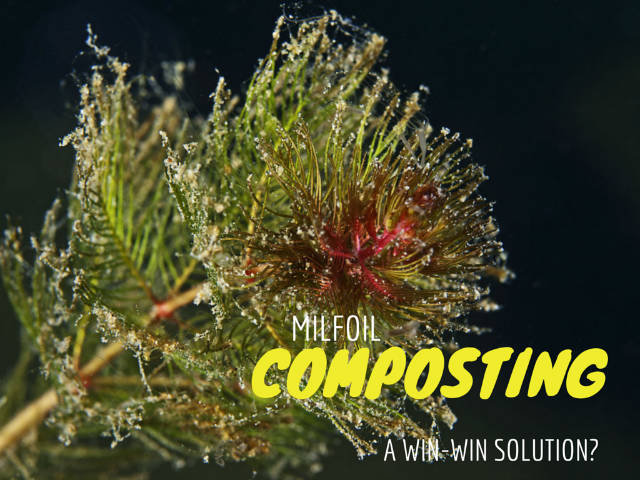 As a native Southerner (and, more specifically, a Louisianian), I know a thing or two about invasive species: Spanish moss, kudzu, and nutria all figure into my memories of growing up. So far, methods to control these species and the damage they do have come up short –  that’s generally the case everywhere. Asian carp are still doing their thing in the Great Lakes, and, as I found out in the last week, milfoil – an invasive plant species – is wreaking havoc on lake ecosystems in the Northeast. According to CentralMaine.com, the state’s Department of Environmental Protection is looking into composting as method for curbing the spread of the watery weed.

Apparently, towns in Central Maine’s Belgrade lakes region have gone after milfoil, and pulled out tons of it. The problem: what do you do with the waste? Specifically, how do you dispose of it in a manner that insures that none of it remains viable and spreads back into the water? Composting may be the answer to that conundrum: the Belgrade Regional Conservation Alliance has been doing it successfully, but, apparently, the amounts they’re now having to handle – tens of thousands of gallons of milfoil waste – require a permit from the DEP. So the town of Oakland is considering whether to host a text station for large-scale milfoil composting.

Apparently, the Conservation Alliance’s efforts have been quite successful, and the compost itself is very high quality – they may be on to something here! If this works, it would be interesting to see efforts along these lines for dealing with other invasive plant species: maybe we can do something about all that kudzu, for instance.

Know of other efforts to dealing with invasive plants by composting them? Know of other methods that you think might be more effective? Share your thoughts with us.