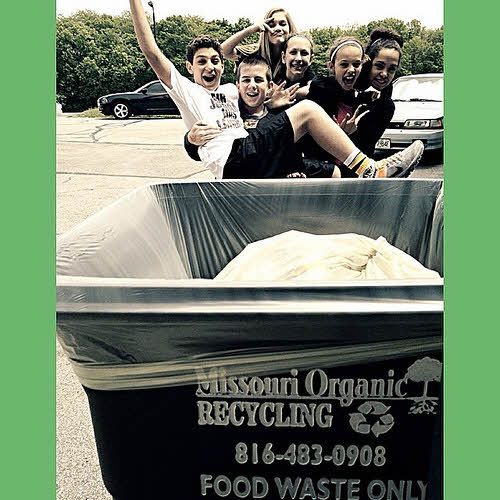 I’m a die-hard composter myself – just ask my wife what happens when she throws scraps in the garbage – and, as long-time readers know, I’m a fan of the concept at both small and large scales. While I realize some will argue for some form of biogas production as a preferable alternative, I know that such options just aren’t available everywhere – and, in many of those cases, the leftover material still sits in a landfill. So, you’d expect that when I come across an article like this one from today’s New York Times, I’d probably be cheering… right?

No… not this time.

See, as much as I love composting, and think its a very viable alternative for the food waste produced when preparing food for eating, I don’t necessarily like it as a solution for the waste of otherwise edible food. Yes, I definitely think composting is preferable to sending it to a landfill… but that doesn’t make it the solution to the actual problem at hand. Truthfully, I grimaced pretty hard at the thought of those kids pitching perfectly good bananas in this article’s first two paragraphs. We’re still wasting food… composting it is a second-best alternative.

So, if Composting at Schools Isn’t the Answer, What Is?

“So, c’mon, smart guy: how do you make kids eat everything they’re served?” That’s a perfectly viable response here, and I don’t have a perfectly viable answer – kids are kids, and often don’t like things. I also know that logistics are an issue in school cafeterias: there are lots of kids to feed, so uniform meals not only insure that children are receiving nutritionally-balanced meals (well, at least, we hope), but that all kids are getting those meals in a timely fashion.  I’d argue for more of a buffet-style set-up, where kids can choose what they’d like, but I’m guessing that would not only wreck the lunchroom logistics, but also create… wait for it… lots of food waste: many kids will want the same things.

I’d love to hear about success stories on this front: how has your child’s school addressed the issue of food waste (which isn’t just an environmental issue – that’s also money going to the landfill!). Maybe composting is the only really viable solution… but, boy, I just hate seeing all of that food go uneaten…