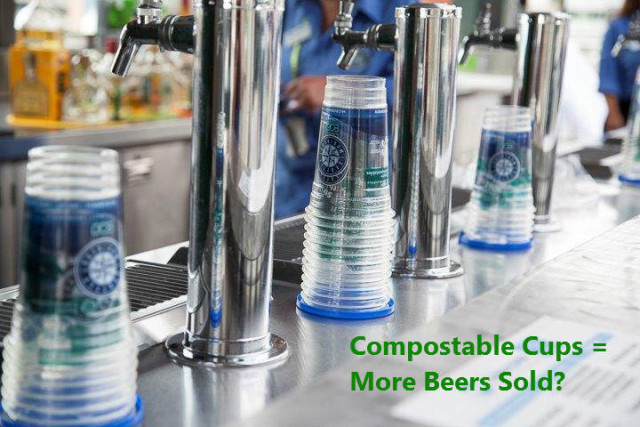 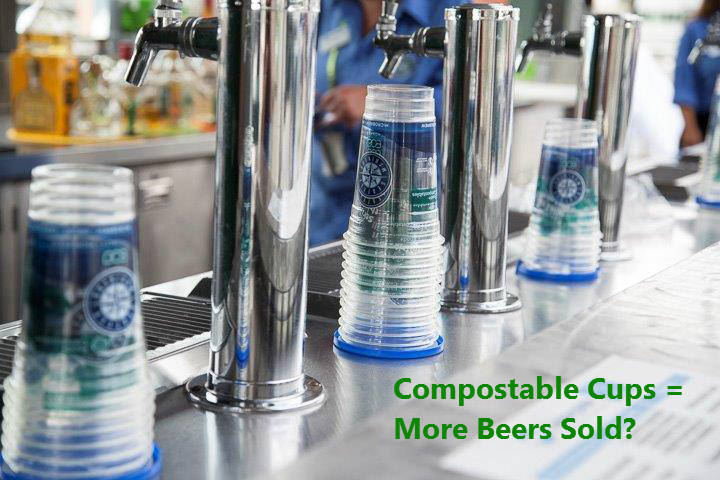 Do you like to take in a ball game or a concert every now and then? Do you like to enjoy a cold beverage (or two) while you’re watching your team or band perform? As someone who lives in a major sports town that’s also a regular stop for most musical acts, I can answer these questions with a resounding “Yes!” But, as a green guy, I also consider the impact of what I buy, and try to avoid creating more trash than necessary. So, I may stick to one beer in order to not throw away a second disposable cup. If the concert venues and sports arenas I frequent made sure I knew they recycled and/or composted trash after the event, they may well get that second beer out of me… and it turns out I’m not alone.

The Shelton Group has released the findings of a survey that shows that many people take a venue’s trash disposal practices into account not only when deciding whether to buy that second beer or nachos, but even when they’re choosing whether to attend an event or not. Among the results, a stadium or arena that recycles or composts creates a lot of good will:

Of course, as a good greenie, I’d be even more impressed if a venue went beyond the normal compostable plates and cups (like shown above), or recycling, and took even bigger steps. For instance,  why not install a methane digester for all compostable waste, and use the biogas to supplement natural gas use in the facility (and perhaps save some money)? Shoot, there might even be a market for the leftover material from the digester… so, another revenue stream. You may end up liking a venue not only because of their responsibility with their waste, but also because they manage to keep ticket prices down by diversifying…

Want your favorite venue to green up its approach to handling trash, even if it’s just recycling and composting? Let them know… there’s clearly a business case for making this move.