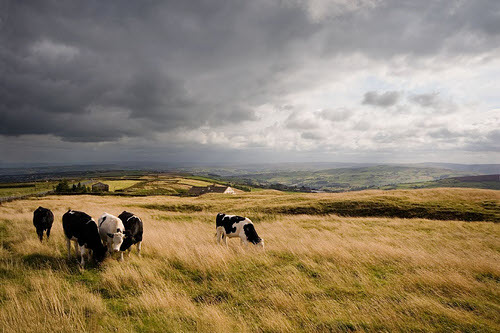 Mark Twain, who never seemed to be at a loss for something droll to say, once remarked that; “there are three kinds of lies: lies, damn lies and statistics.” It’s certainly true that an eye-catching set of numbers can be an incredibly effective way of bolstering arguments that would otherwise appear weak. After all, numbers, by their very nature, have an uncanny way of coming across as objective and impartial, even when used in the most subjective of settings.

This is probably why that old joke ‘you know that 64% of statistics have just been made up on the spot, right?’ is so enduring. When we first hear it, for that brief moment before the penny drops, most of us are taken in by the startling number. We process that first, before looking at the wider context and realizing the set up.

This problem of knowing how to properly interpret the statistical data that’s presented to us is particularly relevant to those of us wanting to increase the sustainability of our lifestyle. After all, the rallying call of those committed to green living tends to be that our decisions, even the seemingly innocuous choices we make everyday, can in fact have a huge effect on the planet. For this impact to be a positive one, it’s of vital importance that the decisions in question are informed ones.

So, how do we cut through the plethora of misinformation out there and find reliable sources to work from?

Unfortunately, it’s a question that offers up frustratingly little in the way of easy answers. It’s not simply a case of looking out for when the party offering up their information has an ulterior motive. Many of us are predisposed to be sceptical of any reports that play down the dangers of global warming anyway. Therefore, it tends not to come as too much of a shock when we find out, to take just one example, “Polar Bears of Western Hudson Bay and Climate Change” (available as a pdf here: ), which seeks to dispute the idea that human CO2 emissions are affecting climate change in Alaska, was partially funded by the oil company ExxonMobil, which has oil operations in said state.

Though dubious papers seeking to suggest that we needn’t make too much effort to be greener are relatively easy to spot and dismiss, greater difficulty arises when two or more reputable institutions start to dispute key facts. This isn’t just limited to squabbles over the odd fine-point of science. Sometimes the differences of opinion between studies are so staggeringly wide that, going on one set of findings rather than the other could completely change the way you focus your environmental efforts.

A prime example of this phenomenon can be found in the varying estimates given for the total number of GHG (green house gas) emissions that are attributable to livestock.

Livestock’s Long Shadow, a widely cited study which was carried out by the United Nation’s Food and Agriculture Organization (FAO) and published in 2006, calculated that livestock were responsible for 18% of the world’s GHGs, a figure significantly higher than some that had been presented in the past. (Earlier the World Resources Institute attributed just 13.5% of GHGs to agriculture as a whole, with just 5.1% coming from livestock.)

Whilst this figure of 18% might cause somebody to, for instance, opt for meatless Mondays, it might not press home to them that livestock is one of the biggest factors in GHG emissions. Given that in most industrialised country’s breakdowns of GHGs normally place more significance on transport and energy production (for example, the European Commission attributes 30% of the continent’s GHGs to energy production and 24.2% of transport) they’ll probably think that giving up their drive to work and cycling instead is a far more pressing change to make.

Of course, if you were to increase the emissions attributed to livestock by more than double, that perception would change entirely…

This is exactly what the paper “Livestock and Climate Change” by Robert Gooland and Jeff Hang, environmental specialists for the World Bank Group, suggests. Their study, which they insist is based on conservative estimates, claims that livestock actually account for a staggering 51% of all GHGs. (They arrive at this figure largely because they count CO2 exhaled by livestock towards their total, as well as other arguments, including the possibility of the headcount of livestock in the world being significantly undercounted in the FAO figures.)

Their paper is thorough and convincing, but trying to ascertain what the true figure might be is not the point here. The point is that, for the laymen, or even somebody with a good level of knowledge about the issues being debated, deciding whether this is a case of one side having drastically understated the facts, or another indulging in hyperbole is incredibly difficult, if not impossible.

If rearing livestock truly is the cause of more than half of our harmful emissions and this became widely accepted as fact, remembering not to drink milk everyday would quickly become as common place a dictum as ‘turn the lights off when you leave the room.’

Some might say the exact figure shouldn’t matter, that we should do everything we can to live in a sustainable anyway, just out of principle. This may be true, but it ignores the fact the majority of people are not committed environmentalists, and, by virtue of being the majority, what they choose to do is very important.

Of these people, many are ‘light green’; prepared to ‘their bit’ but not to overhaul their entire existence to help the planet. Just as EU countries are prone to implementing green policies, simply so they can later sell their unused carbon allowance to neighbouring nations, these ‘light green’ people also have a mental tendency to think in terms of credits. ‘I switched all the bulbs in the house to energy-savers, I think I can have a bath instead of a shower today.’

As so many people think in this way, with their environmental efforts being a sort of currency, it’s important to establish more clearly exactly what these actions are worth. If people are only going to do one or two things to help the environment, they need to be things that make the biggest difference.

However, determining what these things are is made almost impossible when we have such a wide range of contradictory data available, with varied statistics competing to provide the same measurements but by using different methods. When even a respected and influential body such as the United Nations can find itself accused of publishing substantially flawed data then something needs to done to tackle the problem.

One of the biggest threats to the environment is malaise, the feeling that we don’t have the power to make a difference. As Francis Bacon observed, ‘knowledge is power’. If people are unable to find coherent information on the issues involved, this sense of powerlessness is increased and the malaise will only worsen.

Steve Waller writes on a wide range of environmental issues on his blog Green Steve, where you can follow his efforts to improve the sustainability of his lifestyle, as well as his views on the challenges facing the planet.