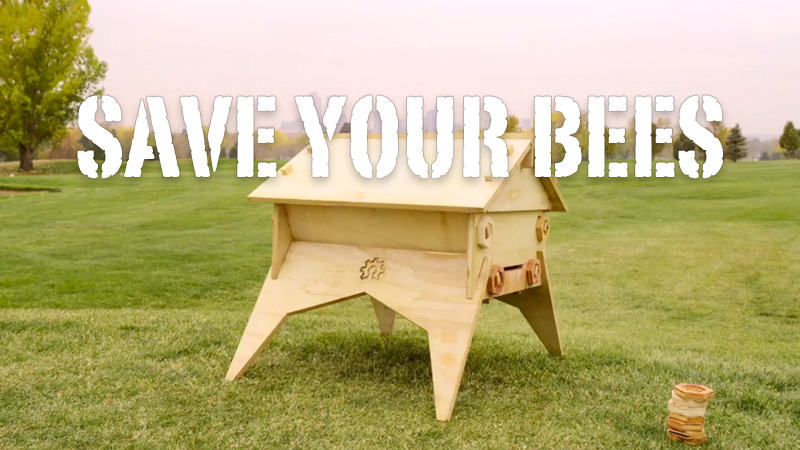 While I don’t know if the claim that humans can only live four years without bees is completely true, I do know that we’re very dependent on these little critters for a huge portion of our food supply’s viability… and that they’re dying off at alarming numbers. We still don’t know what’s causing colony collapse disorder, but anything you and I can do to support bee populations contributes to our own health and longevity, and overall biodiversity.

The Open Source Beehives project publishes printable plans for honeybee shelter that are ready for a computer-controlled cutter (and that can be made really techie with sensor kits). If you know something about hive design, you can contribute to available plans. If not, you may want to consider contributing to their current indiegogo campaign (which is pretty close to hitting its target).

Take a look at more details from sister site Planetsave, and let us know if you contribute…

“If the bee disappeared off the face of the earth, man would only have four years left to live.” ― Maurice Maeterlinck, The Life of the Bee The world’s honeybee population is plummeting, inspiring everyone from tin-hat doomsday prophets to economists…