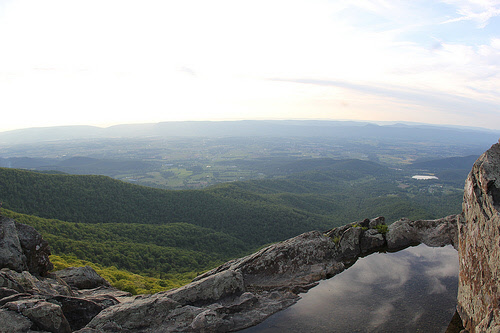 Ridesharing (or car pooling, if you prefer) is a great way to cut the environmental impact of commuting and/or traveling, and to save some money on gas. But the rideshare as an activism tool? That’s what a group of young professionals has in mind for three weeks later this Summer: the GreenXC project will use ridesharing as the means to travel across the United States and highlight our national parks and forests.

The project was born out of two concerns: the threat of funding cuts to national parks, forests, and other wildlands as the Federal government attempts some measure of fiscal austerity, and the perceived lack of knowledge and experience that younger generations have with protected wild spaces. During the trip, participants Polina Raygorodskaya, Igor Bratnikov, and David Raygorodsky will shot photos and video, and blog about the places they visit (as well as green businesses they discover along the way). They plan to raise awareness and funds for the park system.

Take a look at their route, and check out their Twitter feed, and Facebook page. And if you’re so inspired, consider donating a few bucks to support them through their Indiegogo campaign: they’re aiming for a relatively modest $1500 to pay for production costs, gas, lodging, etc. All funds raised during the trip itself will go to the park system.

I’m impressed, and will definitely be following their progress. Let us know what you think…

Image credit: daveynin at Flickr under a Creative Commons license