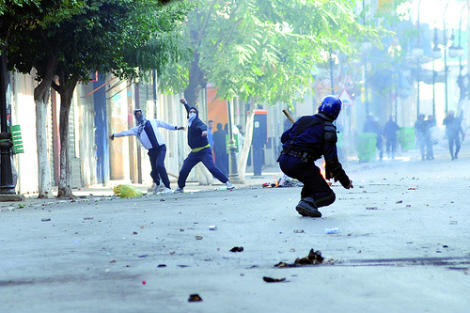 The hundreds of data sets that accompany Lester Brown’s latest book, World on the Edge: How to Prevent Environmental and Economic Collapse, illustrate the world’s current predicament and give a sense of where we might go from here. Here are some highlights from the collection.

Veering Toward the Edge

As the world economy has expanded nearly 10-fold since 1950, consumption has begun to outstrip natural assets on a global scale. The same values that have allowed ecological deficits to grow are contributing to ballooning fiscal deficits around the world, threatening to undermine economic progress. Some of the planet’s natural capital, like fossil fuels or water in non-replenishable aquifers, is finite and exhaustible. And some is regenerative; it can be thought of like an interest-earning bank account, where if the principal is maintained, one can live off of the interest indefinitely. In nature, we can harvest plants from the same land as long as soils are maintained; we can continue to catch fish from the sea as long as the catch remains below each fishery’s sustainable yield; we can get water from underground as long as pumping does not exceed rates of recharge; and carbon can regularly cycle through the atmosphere, land, and oceans without major consequence.

Yet as our human family has grown and the global economy has expanded, demand has surpassed the earth’s regenerative capacity.  We are overharvesting forests, overplowing fields, overgrazing grasslands, overdrawing aquifers, overfishing oceans, and pumping far more carbon into the atmosphere than nature can absorb.

Many of these negative trends intersect at our global food supply. While for many years the world was making gains in reducing the number of hungry people, this progress was reversed in the late 1990s. Today close to one billion people in the world are undernourished. As food prices rise, the ranks of the hungry are likely to grow even larger. Following the punishing heat wave that devastated Russia’s wheat harvest in summer 2010, staple grain prices have soared to near-record highs in early 2011. Rising food prices hit people on the bottom rungs of the economic ladder—many of whom spend over half their income feeding their families—the hardest. Governments that are unable to ensure adequate and affordable food risk political instability and social unrest. If they cannot provide basic security, they may descend into state failure. Many of the world’s failing states are hampered by high population growth rates and a deteriorating resource base, and depend heavily on international food aid.

Time is running short, but we can pull back from the edge. While security is a major concern for the world’s governments, we have inherited a definition of security from the last century, one dominated by two world wars and the Cold War. Rather than armed aggression, today we are at risk from the fallout of climate change, population growth, water shortages, poverty, rising food prices, and failing states. Military spending worldwide exceeds $1.5 trillion annually; yet traditional defense outlays do little to address these true threats to our future. Diverting just 12 percent of global military spending can meet the goals of eradicating poverty, ensuring basic health care, stabilizing population, and restoring the earth’s natural systems. Stabilizing climate will mean rapidly cutting carbon emissions by dramatically scaling up renewable energy, harnessing energy efficiency, restructuring transportation systems, curbing deforestation, and planting trees. That the fastest growth in the global energy industry over the last decade is in solar and wind is an early sign of hope. Additional figures and tables are posted by chapter and by topic, along with full downloads of the text of World on the Edge: How to Prevent Environmental and Economic Collapse, on the Earth Policy Institute website, www.earth-policy.org.

Do your part to cut back on greenhouse gas emissions: add a bike to your transportation  options. We’ve got current listings from top brands like Fuji, Raleigh, and Bianchi.

Photo credit: magharebia at Flickr under a Creative Commons license