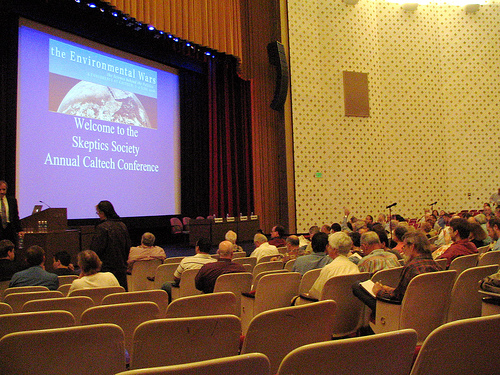 Apologies for being away yesterday (I’m assuming you’ve all noticed by now that I’m taking Fridays off). Started reading Jeff Goodell’s Big Coal: The Dirty Secret Behind America’s Energy Future yesterday and became engrossed in it… I’ll have a review up in the next couple of days.

Spent some time this morning reviewing DeSmogBlog’s coverage of this weekend’s Environmental Wars conference in Pasadena, CA. According to the conference website, the event was designed to highlight the debates still occurring over global warming and other environmental issues:

Why are we still debating climate change? How soon will we hit peak oil supply? When politics mix with science, what is being brewed? Join speakers from the left & the right, from the lab & the field, from industry & advocacy, as we air the ongoing debate about whether human activity is actually changing the climate of the planet.

From June 2-4, 2006, the Environmental Wars conference will host scientists, writers, environmentalists, and thinkers from all points along the environmental spectrum at the California Institute of Technology for questions, answers, and opinions.

The conference is hosted by the Skeptics Society, a scientific and educational organization that applies rational inquiry and journalistic research to claims made by scientists, historians, writers and politicians on a wide range of subjects. The society publishes Skeptic magazine, and hosts regular lecture series with past speakers including Richard Dawkins, Susan Blackmore, Ursula Goodenough, Jared Diamond, Bill Nye the Science Guy, and Jennifer Michael Hecht.

DeSmogBlog’s coverage has been detailed and fascinating, withmultiplee perspectives on speakers ranging from climate scientists to headliners Michael Crichton and John Stossel. There’s a short audio interview with Chris Mooney, author of The Republican War on Science. Despite the known rightward leanings of the headline speakers, it looks like a pretty wide-ranging event, with plenty of scientists particularly making the argument for human-induced climate change, as well as lots of discussion of the often perilous relationship between science and ideology.