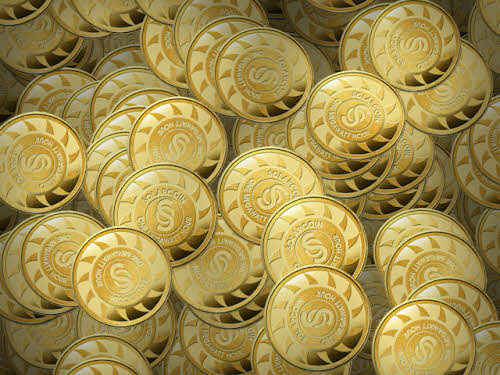 Alternative currencies are nothing new: my friends up at Dancing Rabbit Ecovillage, for instance, have had one in place for years, as has the town of Ithaca, New York, and numerous other communities around the United States. More recent variations that exist primarily (or only) online have received a ton of attention lately because of Bitcoin’s recent rise in value. Regardless of the currency, or the medium by which it’s exchanged, alternative currencies often represent different notions of value. The community currencies listed above are often tied to time, for instance. A brand new global digital currency is backing its own value with the “full faith and credit” of something much longer lasting and reliable than any government: the Sun.

Specifically, SolarCoin ties its value to the production of solar energy, as verified by Solar Renewable Energy Certificates. Our sister site Ecopreneurist has the low down on this new “cryptocurrency”: take a look, and let us know what you think about this experiment in representing and sharing economic value.

This Cryptocurrency is Backed by Solar Energy (via Ecopreneurist)

Cryptocurrency, sometimes referred to as digital currency or alternative currency, has been making waves in the news lately, mostly due to the rapid rise in value of Bitcoin. But there are other cryptocurrencies out there that are less well-known, including…