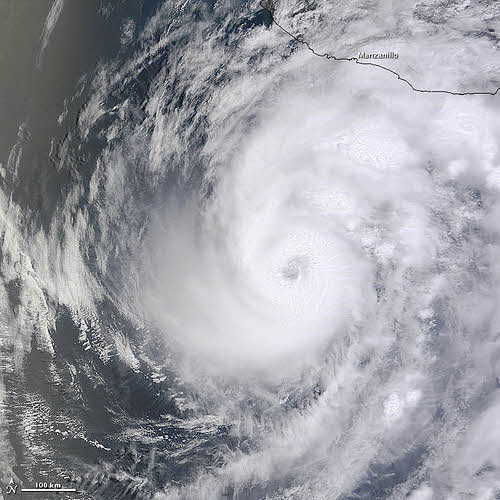 Last year was the warmest on record, according to the National Climatic Data Center. Weather and climate disasters in 2012 cost the U.S. $110 billion, the second costliest year since 1980, notes LiveScience. Superstorm Sandy, an extensive drought that brought wildfires and heatwaves, record Midwest tornado outbreaks, and even a rare derecho (a far-reaching and long-lived windstorm), made for a year of environmental disasters like never before. So, why did this happen?

Enter “Do the Math,” a 42-minute documentary that dives into the causes of rapid climate change and blames the rogue fossil fuel industry as a main culprit to our atmospheric downfall. The film chronicles climate crusader Bill McKibben, an environmentalist, author, journalist, and founder of 350.org (the organization behind “Do the Math”) as he cultivates a global movement to change the terrifying climate crisis. His mission is documented over many years to rally our culture to take swift and stern action to put an end to global warming and climate disasters, such as the ones that occurred in 2012.

Three critical numbers the film reminds us to be aware of

The first number is 2°C (3.6° F), which is the maximum increase in global temperature that Earth can sustain without causing catastrophic problems. Anything higher could create an inhospitable climate.

The second number is 565 gigatons, the highest amount of carbon we can pump into the air, and still keep the global temperature increase below 2°C. Currently, with the world’s rate of fossil fuel consumption, we will likely reach this limit within 15 years.

After we’ve done the math, why are we still chasing atmosphere?

The film follows McKibben’s 21-city tour that outlined said math, and launched a new strategy to take on the fossil fuel industry: divestment. This divestment effort would encourage investors to rid themselves of the stocks of 200 fossil fuel companies that own the vast majority of the world’s coal, oil and gas reserves. McKibben’s campaign spread quickly to 300 environmental groups, non-profits and universities who are currently working to diffuse corporate polluters who are headstrong on burning fossil fuels, no matter the grave cost to our planet and its people.

The story of the growing fight against the Keystone XL pipeline is also featured in the documentary. This 2,000-mile long tar sands oil pipeline from Alberta, Canada to the Gulf Coast would cut through six states and risk oil spills. Seeing to this pipeline’s reality would represent a commitment to fossil fuels, when the United States should be switching over to renewable resources.

OK, how can I stand up and make a difference?

The first thing you can do to help is to sit down and watch this film with an open and honest state of mind. Credit should be given to the filmmakers, who are still getting the word out about important environmental issues by any means necessary. Just in the past year, Discovery Network dropped “Planet Green” from the DirectstarTV.org and cable line-up, a disappointing fact since the show was a great platform to highlight green initiatives, environmental news, tools, and engaging content for those with a love for the planet. Even so, gratitude goes out to green go-getters who are so passionate about promoting their environmental views via their own platforms.

Through his film, prolific articles, and unabashed passion, McKibben is rallying climate activists from all walks of life to go after the fossil fuel industry head on. He hopes to inspire and energize a movement as large as the ones that have overturned great immoral institutions of the past, such as apartheid in South Africa, according to OccupyAmerica.com. The fossil fuel industry will be forced to listen if there are enough loud, clear and educated voices, and it all starts with organizing.

Set up your own screening of “Do the Math” for a group of climate-conscious citizens by visiting Act350.org. The organization has downloadable posters, suggested event itineraries and a discussion guide. Not to mention, the documentary is only 42 minutes long and tremendously inspiring for everyone, from budding middle schoolers, all the way up to the most experienced activists.

After the screening, continue moving forward by setting up a group that meets for this effort monthly. Call legislators, write letters to the fossil fuel companies, and reach out to others who don’t know about the biggest natural emergencies our world has faced. Again, organize, educate, and use your voice.

The Earth’s clock is ticking louder and louder, and time is spinning faster as solutions drift further out of the atmosphere each day. Unfortunately, this film grounds us in that there is no more pretending like global warming can be reset back to its original and pristine setting, but we can slow the rapid change down.

Blair Shackle is a writer, blogger, and online editor. She is the founder of The Turquoise Heart, (BlairShackle.com) an online resource focused on authenticity, inner wisdom, healthy living and eating, travel and recharging life. Connect with her on Twitter @blairshackle.