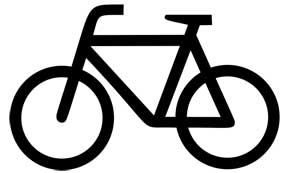 This is Part 3 of an unintended series regarding state laws pertaining to motorist and cyclist interactions on the road. Part 1 includes the actual statutes, along with a little flavor crackle pop. Part 2 is the first portion of the rebuttal to a motorist/non-cyclist’s complaint that my blog post was biased.

Earlier, I posted a section of the “Missouri State Law for Motorists Interacting with Bicyclist“ for two constructive reasons:

Some read that post and selectively seized on certain tidbits, neglecting the rest. Folks, folks, folks. As they say, “You can lead a horse to water, but…”

Among other things, it was suggested that educating the public would do more good than a blog post like the one that kicked off this series.

Motorist and Cyclist Laws Are Educational, Aren’t They?

I posted the laws for civic education.

But who pays attention? Maybe not motorists, who are inclined to be pissed off at anything and everyone on the road as a matter of course, which are most. Yeah, most, even me at times. (I’m a motorist, too, when I’m not a cyclist. Yet I favor the cyclists in this particular discussion; why might that be?)

So let’s not act like motorists are at all peaceful and not self-absorbed or that they aren’t so commonly distracted by any number of other matters — cell phones, mental drifting, makeup, radios, kids, other drivers, dinner menus, etc. — and lose sight of the issue: human safety.

Yes, it is true that cyclists need to know the laws and look out for themselves. Of course. And I absolutely wish they all would, because the more cyclists on the road who are safe and law-abiding, then the safer it is for me to be out there. All I can say is that I do.

Nonetheless, the entire point of motorists and cyclists getting along is: human safety. And more specifically: safety of the one who isn’t protected by tons of auto protection, bumpers, air bags and seat belt.

Even if that means a motorist ends up needing to look out for a someone on a bicycle who isn’t wearing a helmet and is riding on the sidewalk — likely because they fear for their safety in the street, where they lawfully belong — then fine, be the unsung hero and save that person’s life for them when they do something stupid, okay?

In my opinion, again, as a bike commuter, you bet I have a bias that thinks the viewpoint of the cyclist in a motorist-versus-cyclist situation is more crucial. The cyclist’s life is at stake! When that’s me, then MY life is at stake!

My. Life. Is. At. Stake…and in the hands of every single driver who is in the vicinity of me on the road. I hope to God, Buddha and Allah, each of those drivers doesn’t sneeze at the wrong time.

Motorists need to give pause to think about this. Motorists need to stop being defensive and insulted by our presence and think, just for a second, what it means for tons of automobile to even maybe possibly potentially clip any piece of a bicycle or its rider.

It’s quite possible that nothing happens to the motorist. Nothing.

Everything can happen to a cyclist. Every bad thing.

You bump me even slightly, and my wife may lose her husband; my unborn children lose; my parents, my siblings, my nieces and nephews, my friends, my dogs, my work colleagues, my neighbors…. And in the court of law, you’d better hope you don’t lose your life, too, in whatever respect that might mean.

So, for Motorist, who wants to get bent out of shape because someone posted the rules of the road for sharing space with Cyclist, get over your hurt feelings…if for no other reason than because you can.

Once you bang into me while I’m riding my bike, whether it’s because you’re generally too angry as a driver, who thinks everything in the world is in his/her way because the universe is picking on you personally to make you 12 seconds slower to work, I may never recover from your momentary lapse in judgment, or prejudiced lack of interest in my well-being.

Another commenter — a cyclist — on that previous post had a great idea: Everyone should get out and try a ride, at least once, just to gain some perspective.

Get an idea of what it feels like when a 10-ton dump truck, caked with so much mud that it alone probably outweighs you and your bike, cuts in front of you, the cyclist, despite you having the right of way — and then he flips you off!

Get an idea what it’s like to ride on a nearly deserted city street and have the lone car in motion for blocks drive by with passengers yelling and cursing at you to get off the road — just because they carry that much hostility toward cyclists.

Don’t tell me sob stories, Motorist, about how, “This one time on my way to work…” a buffoon of a cyclist was illegally riding on the sidewalk and shot out into traffic and you narrowly missed killing him, despite his best efforts to break the laws and, seemingly, try to get himself run over by a megaSUV — and you graciously spared his life with your quick reflexes, which he never even showed appreciation for, and then you lived to tell about it as nothing more than an annoying emotional hiccup to your day.

Don’t tell me education is the light. What, because this country’s educational efforts to teach kids the basics of math, English and science is going so well that I should expect the over-worked, over-distracted, self-absorbed adult public to be so cat-like quick in caring about boning up on laws of the road pertaining to cyclists?

Half our country doesn’t even care enough to learn the facts about who they are about to vote into the White House in the midst of incredible turmoil that is drowning our nation.

And Kumbaya is the way I should communicate about the need for bike safety?

My. Life. Is. At. Stake. So I provided the laws and a bit of awareness to the topic that cyclists could use some motorist friends out there. Thank you to those of you who fit that description. My wife thanks you (as do my unborn children, parents, nieces and nephews…)

Dr. Phil’s Take on Motorists & Cyclists, Their Work Commutes and Laws That Bind All

Senator Jeff Klein to Cyclist: Get Out of My F***ing Way!

Driving with Cyclists: Six Rules of the Road to Keep Everyone Safe

World Naked Bike Ride: Is Anything Gained By Protesting Oil Dependence in the Buff?