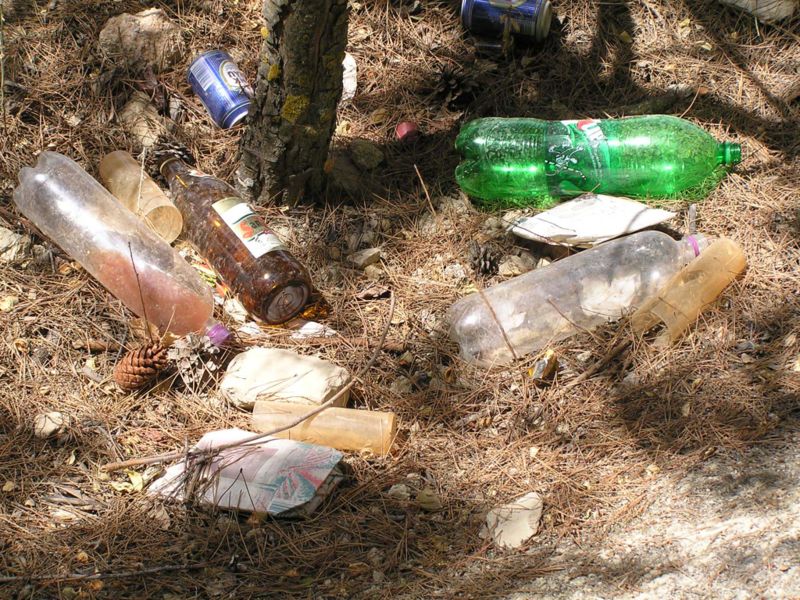 Once upon a time, I came to a stop at the intersection of two country roads on the outskirts of Charlottesville, Virginia. Dutifully and lawfully stopped in my car, dutifully and lawfully looking both ways before turning, I happened to notice a scattering of plastic cigar tips on the pavement.

At first I was perplexed: Why would someone empty his or (less likely) her ashtray at an intersection? And why cigars?

But then my confusion turned to consternation. Here I was, stopped atop a pile of someone’s waste after having just driven over the mighty Rivanna River, with mountains and trees and blossoms and birds and blue sky virtually enveloping my senses, and now plastic cigar tips present themselves to my perception!

Alas, my heart sank like a stone in that roiling river I had just traversed.

Ever since that traumatic experience in an otherwise idyllic setting, the presence of human detritus has grown ever more prominent in my environmental awareness. Fast-food containers, plastic grocery bags, soda-pop bottles, sometimes even car parts—-here, there, everywhere, it seems that humanity is only visible in the things it has thrown away.

Almost everywhere nowadays, not just in my fairly rural locale, any patch of grass or stand of trees seems be a field of litter waiting for harvest.

But the farmers and the field hands seem to be sleeping in this season.

And so no matter where we might happen to be, all signs show that we have a long way to go before we will have the fully developed “ecological conscience” articulated so urgently by the early twentieth-century American conservationist Aldo Leopold.

And so there is a profound intimation flitting around in my senses that the planet is becoming little more than a garbage disposal, that the sacred Earth is now a sacred trashcan.

I have so often seen on my morning walks the Blue Ridge in their autumn glory, or the sunrises and sunsets that bathe spring green with gold, or the snow and crystalline icicles on bare dogwoods—and a soda-pop bottle sticking its neck up from a pile of leaves, a mound of snow, a colloquy of daffodils.

I then wonder:
Have even the molecules of glass and plastic found a way to sprout, enchanted by that magic hiding just beneath the surface of the soil and moistened by the rain and the dribbles of soda left in the bottle?
Has the Earth found a way to turn waste into beauty, detritus into décor?

The sun still glimmers on the dew at daybreak, but it also glimmers off aluminum cans, glass jars, and sometimes even plastic cigar tips.The cardinals still know that twigs make better nests than shoestrings and plastic bags, and the squirrels prefer to dig in moist soil rather than decomposing cardboard boxes….

But those same squirrels often can be found playing in discarded car tires, and I have seen wrens and sparrows making good use of nearly everything that offers a few nooks and crannies.

So maybe nature can even embrace the material remains of humanity–our bodies and the goods we cannot (and apparently do not want to) take with us when we go—in its ample bosom. Maybe this blue and green and brown and white dot in the cosmic whirl of color can accommodate the things its inhabitants cast aside. Perhaps the shimmering of the sun on the planet’s waters is made more captivating to eyes looking at us from space by the glitter of our electric lights at night.

Still, I wonder if this sacred planet is losing its sanctity with every soda-pop bottle, fast-food container, and plastic cigar tip dropped upon its surface.

And I wonder what I am doing for the Earth–and to it, despite my affection.

And I wonder if we are losing our connections and community and communion with this place, our place…as well as to each other and to all the places we call home.