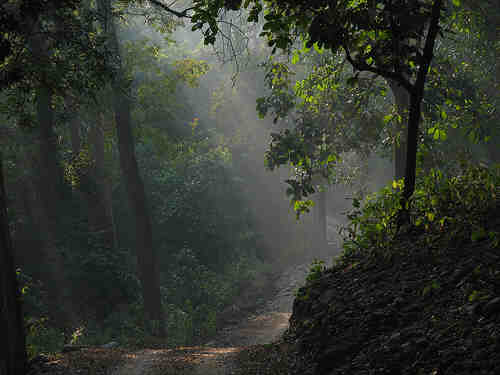 Editor’s note: Getting to spend more time with the Eco-Libris blog has turned into a real pleasure, as they’ve got a keen sense of the “big picture” when it comes to book publishing. In today’s post, Raz discusses a “carbon financing” project by Merrill Lynch that involves investment in healthy forests… a critical element of sustainability for the publishing industry. This post was originally published on Thursday, March 20, 2008.

With all the gloomy news coming these days from Wall Street, it’s great to see that when it comes to the environment, Wall-Street is still bullish. I’m talking about the news on Merrill Lynch new investment of $9 million to finance a project to protect 750,000 hectares of forest in Indonesia.

Dana Mattioli reported last week on the Environmental Capital blog of the Wall Street Journal about the new green deal. Firstly, let’s make one thing clear – this is not a donation or anything like that. It is an investment that according to the article is supposed to generate Merrill annual proceeds of $432 million over the next 30 years.

The expected income will come from in carbon financing, which means that someone will pay Merrill to offset polluting activities elsewhere with the amount of carbon dioxide that won’t be emitted (3.4 million tons of carbon dioxide every year) because of the fact that the trees will be kept alive and won’t be cut down.

Carbon financing based on forest protection wasn’t permitted under the Kyoto Protocol, but as we reported in the past, it was discussed in the U.N.’s Bali meeting in December last year. Though it is not approved yet, there’s a good chance it will be part of the post-Kyoto program that will replace in 2012.

Although carbon financing is far from being proven as an efficient and beneficial solution, I am very supportive of adding the forest protection into the program. Unfortunately, economic forces are the ones leading most of the deforestation and therefore it might be that economic forces may be the best realistic remedy.

I believe that Merrill will be followed by many other institutional financiers that will see an opportunity in protecting forests. For many forests this involvement will make the difference between deforestation and conservation.