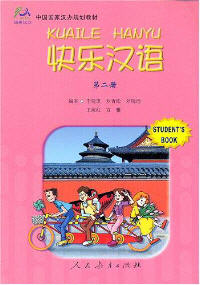 Editor’s note: Textbook reuse is standard practice for American college students, but apparently not for Chinese elementary schools. That’s about to change, according to blogger Raz Godelnik at Eco-Libris. This post was originally published on Saturday, March 8, 2008.

Good news from China: the China Daily reported yesterday that the Chinese Ministry of Education will allow the reuse of textbooks in primary and middle schools in some rural areas starting this new semester.

The newspaper reports that

…the central government will set up a fund for the purchase of these textbooks, which will be issued to students free of charge. Students will be required to keep the books in good order for their reuse by others.

This initiative is a win-win deal: parents will spend less on textbooks, and the environment will benefit as well – less trees will be cut, less energy will be used, and pollutant produced in paper-making will be reduced.

If this initiative will be implemented in all of China, it can have an enormous impact because of China’s huge population. Check out these figures: it is estimated that $4.2 billion is spent on the purchase of textbooks during the nine-year period of compulsory education nationwide, and that about 450,000 tons of paper is used annually in the printing of these books, which requires the consumption of about 9 million trees!

In any case, this is a good start and we hope that further steps to broaden this initiative will follow. Maximizing the usage of each textbook that is already printed is a goal we should look for not only in China, but worldwide, both in schools and universities. This is the opportunity to remind you about Chegg.com, an online service that rents textbooks to students and also plants a tree for every rented book with Eco-Libris.

And for more news about green happenings in China, swing by EcoWorldly.