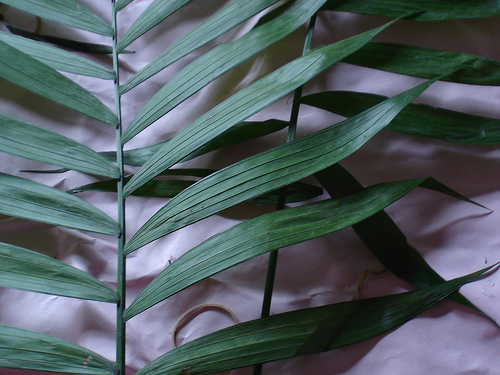 Some churches will be a little more green this Sunday, and not just because it falls on the eve of St. Patty’s Day.

Thanks to Dean A. Current, who has spent years developing methods for sustainable palm harvesting, churches now have a green option for buying palms.

Current is a research associate for University of Minnesota’s Department of Forest Resources. He has worked with Rainforest Alliance to prevent over-harvesting palms each year, make sure less palms are wasted, and give harvesters in Guatemala a fair wage for their efforts. Twenty-five percent of the program’s revenue goes right back into the communities where the palms are harvested.

These eco-palms will find their way to over 2000 congregations around the U.S. This represents less than 2% of the 35 to 40 million palms ordered annually, but the amount is increasing exponentially each year. The effort began with a pilot program of 5000 palms in 2005 and has increased to 600,000.

Not every congregation is crazy about the idea of eco-palms. They cost about twice as much and some people don’t think they’re as pretty as traditional palms. Fair enough, but how much will they cost after over-harvesting takes its toll? Is a slightly longer palm frond really worth putting a community’s livelihood at risk and threatening the health of the forest?

What Does Lent Have to Do with Sharpening Green Habits?