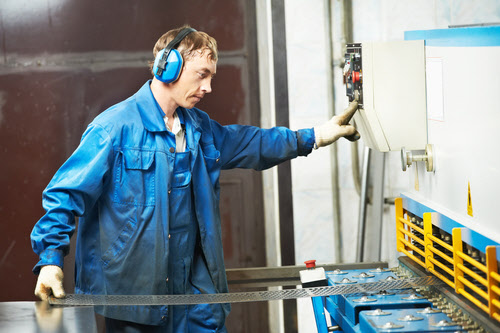 A basic economic problem is that without any government intervention, companies often have no or very little incentive to consider the harmful effects to the environment to which their product processes lead.

Let’s take the example of a company producing computers. Every computer built will lead to emissions given off during its production process, so there is a slight cost to society of each unit, which affects everyone. Under perfectly competitive free-market conditions, the company building this computer will not take this cost into account, instead calculating the optimum number of computers to produce by maximizing its revenue. The first few computers produced by the company will be the most profitable. This is because the company will be able to sell these computers at a higher price per computer due to the basic laws of supply and demand – if less of a good is produced, then the price of that good is higher because the people who really, really want it will make sure they get it by paying a lot more money for it. The cost to produce each of these computers (in the short run), will also be very low because there will be plenty of space in the factory to assemble them and no extra equipment or materials will have to be ordered to put them together.

Now, imagine that the company is producing many more computers. The price of each one will have fallen because of supply and demand – there is much bigger supply, so computers are more abundant, hence people will pay less for them. The cost of producing each one will have risen because extra factory space may be required, and workers may get tired or a certain part of the construction equipment might be causing a bottleneck effect. The company will keep increasing the number of computers it produces until it produces a computer that is so expensive to produce that the cost exactly matches the amount it can sell the computer for – this is the computer on which it makes no profit; all of the computers produced before generated a profit.

But What About the Pollution Created?

The problem for society is that now the computer company is producing a lot of products which are all leading to harmful emissions. The government needs to make the computer company consider these costs in its production process to ensure that people can still benefit from computers (because whilst they harm the environment, there are plenty of benefits of computers), so a new optimum is naturally reached within the market. Therefore, if computer production is taxed – for example, a $5 tax is charged on every computer produced to the company building them – then firms will see an increase in their production costs by $5 per computer.

This means that now, the point at which the company will break even on computer production is at a smaller number of computers being produced, and so emissions will be decreased, but the most efficient possible level of pricing will be reached (See the infographic underneath for this information in a more understandable graph format – and please be kind: this is my first attempt at an infographic!).

The important point is that pricing is still work out under the efficient laws of supply and demand, but the costs to the environment are considered along with the costs of production. The difficult part in this is coming up with a suitable monetary value for the damage caused to the environment by each computer – there are a variety of methods used by economists, such as surveying people “how much do you value the Amazon.” Ultimately, however, there is still a lot of estimation going on.

Alternatively, a lot of environmental problems have “threshold effects”. This means that at a critical point, emissions of carbon dioxide will cause ocean temperatures to rise to the extent that ice sheets melt and there is a catastrophe. Therefore, economists will be given this level of emissions to target as a maximum, and will set tax levels accordingly to make sure the tax has a sufficient impact on emissions to ensure this doesn’t happen.